LONDON–I call it my Wimbledon breakdown.

Tennis players Rafael Nadal and Thomaz Bellucci were doing a changeover during their first round match at Wimbledon in 2015 when I felt my phone buzz in my pocket. When I saw it was my gynecologist, I jumped out of my seat and raced down the stairs, hoping for good news.

As tennis fans mingled around in the entrails of Court №1, I listened as my doctor — her Northern Irish lilt cheerful as ever — told me that it might be time to stop doing in vitro fertilization. The next day was my embryo transfer, and if it didn’t work she said:“I think we need to accept that you have unexplained infertility.”

As the crowd broke into a rapturous applause over some magical point that Nadal had made on the court, I quietly sobbed in the corner under the cement stairwell. Two weeks later, I took a pregnancy test. It was glaringly negative.

I always wanted to have kids but by the time I had reached my late 30s, it looked less and less likely that this was in the cards. Just a month before my 40th birthday, I froze five eggs and I joked with my friends they were “in case of emergency, break glass” ones.

When I was 42, I tried IVF on my own. Using a sperm donor, I got pregnant but miscarried at eight weeks. Just as I was about to give up on IVF and look into adoption, I re-met my future husband (we had briefly dated a decade earlier) in London, where we both lived.

We decided we wanted to start a family right away, and thus began a long, emotionally shattering two and a half years of IVF attempts. Nothing worked. We had delved into adoption but figured it was not the solution for us, in part because we wanted to do a third country adoption. I am American but also have a British passport, and my husband is Serbian. Adopting from another country would likely be a paper trail of tears neither of us had the emotional energy to handle.

When it felt like we were out of options, we decided to try surrogacy.

As a journalist, one of the strongest items in my proverbial toolbox has always been my research skills, so I started investigating surrogacy. Here’s what I learned.

Surrogacy isn’t legal everywhere.
I quickly figured that the United States made the most sense for both cultural and legal reasons, plus a number of popular destinations for surrogacy like India and Thailand have recently tightened their laws or banned the practice altogether.

In the United Kingdom, only altruistic surrogacy is allowed, meaning that a woman would essentially carry your child for free. The law also holds that if a child is born to a surrogate — even though she is not biologically related to the child — she is legally considered the mother until a parental order has been issued.
U.S. laws are complicated too, and vary from state to state.

I was fascinated — and disheartened — to learn that compensated surrogacy in Michigan, my home state, is banned and similar laws hold true in Washington, New York and New Jersey. In Michigan, surrogacy agreements are considered void and violations of this are punishable by a fine of up to $10,000 or one year in jail.

We went with the Boston-based Circle Surrogacy because it was a surrogate agency and a law firm. My husband and I liked the idea of a one-stop shop. The legal aspects of surrogacy are complicated, vast and at times overwhelming.

After a Skype interview with Circle’s founders and filling out loads of paperwork — including background and credit checks — we had to write a heartfelt letter to our potential surrogate explaining why we had signed up for surrogacy.

I am close friends with a gay Israeli couple who worked with a U.S.-based surrogate for their pregnancy, and they had twins late last year. They got us thinking about what we were looking for in a surrogate and what kind of relationship we wanted to establish with her. About three months after we signed on with Circle, the agency matched us with a potential surrogate.

Surrogacy is an emotional-journey, but it’s also a business transaction.

After reading Caroline’s* essay on why she and her husband George* wanted to be surrogates, we set up a Skype call with them. It was awkward at first, making small talk about their kids (one of the qualifications for a surrogate with Circle is that she has to have had one live birth to show she can carry to term without complications) and their careers. When the call ended, I immediately emailed Circle to say we wanted Caroline as our surrogate. She said she wanted the same, and thus began our journey together.

The contract took over a month to agree on and complete, but luckily Caroline lived in a state where surrogacy was fairly common. Legally, things were straightforward, so in her home state if she got pregnant, the baby would be ours, and our names would be on the birth certificate. But we had to iron out certain details, like where she could travel during a possible pregnancy based on which states ban compensated surrogacy. In our contract, we could do three tries with our surrogate. Then, of course, there were the financial details.

All in all since beginning the IVF and surrogacy journey, it will have cost us upward of $150,000.
Aside from paying our surrogate each month while she was pregnant, we also needed to pay for things like her maternity clothing, a cleaner to help her out in the latter months of a pregnancy if she so desired and transport costs for doctor appointments. This is, of course, a prohibitive amount for many couples and can require everything from a loan from family members to remortgaging a property. We were lucky in that we had enough savings to put toward the costs.

Surrogacy is exhausting, but it’s worth it.

Circle recommended a number of fertility clinics in the United States where Caroline could be tested and, once she passed, she would go for the embryo transfer. Over the next several months, we would email and Skype, getting to know them and their kids. After two failed embryo transfers, we commiserated together over the emotional and physical toll of the situation for both Caroline and George and my husband and me.

Luckily in the late spring of 2017 — about 18 months after we signed up with Circle — we got the news. Caroline was pregnant, and she was expecting twins. We were over the moon, and over the summer, the four of us met up in Caroline’s home state to see a baseball game, have dinner and finally meet in person. Seeing her waddling into her seat at the game made me both a bit sad that I was not the one waddling but also, after so much heartache, in awe that this was really happening.

I went for the 22-week scan in early October, and if all continues to go according to plan, the twins will arrive in either late January or early February. We will fly out to Caroline’s hometown for the birth, and then head back to my home state for a few months with the babies before we return to London. It’s been an exhausting, emotionally charged experience, and it has meant that my labor (as one dear college friend poetically described it) has been a lot longer than most other moms. But to hold those two in our arms, it shall all have been worth it.

*Names have been changed. 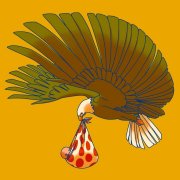 FT Weekend: Surrogacy, America and Me

New York Times: Across Copenhagen, Artists Are In Charge
Scroll to top