NAIROBI, Kenya — As thick white smoke from a huge garbage dump billowed into the sky and the smell fell over the audience, the brass section took deep breaths, the woodwind players pursed their lips and the string performers gripped their bows. Brian Kepher, the 21-year-old conductor of the Ghetto Classics orchestra, lifted his baton, gave a slight nod and cued the teenagers to begin.

The orchestra is part of the Ghetto Classics music education program, which benefits youth in the slum of Korogocho and other poor areas. The program, created in 2008, is one project of Kenya’s Art of Music Foundation, set up in 2009 to enrich the lives of young Kenyans through music.

The musicians, wearing clothes such as Ghetto Classics T-shirts and jeans as well as soccer warm-ups with flip-flops, performed works that included Pachelbel’s “Canon in D” and Hans Zimmer’s “Pirates of the Caribbean.” As the last notes of the final piece, “Hapo Zamani” by Miriam Makeba, echoed through the rundown cement amphitheater at the St. John’s Catholic primary school and community center in Korogocho, the audience applauded wildly.

For the Ghetto Classics orchestra, which was started in 2009 by the classical music enthusiast Elizabeth Njoroge, this concert on Sept. 25 was special. Though the musicians have performed for dignitaries like President Uhuru Kenyatta of Kenya and Pope Francis, this was the first time their families and friends had heard them perform. And for most of the 250 or so in the audience, it was their first exposure to classical music.

Margaret Wambui, who scavenges in the dump for a living, was so excited to see her 16-year-old son, Simon Mungai, play the trombone that she was the first audience member to arrive. He remembered the exact day he joined the Ghetto Classics program. “It was February the 2nd 2014,” he said. “I remember that day because for me it is like my second birthday.”

Martha Aluoch, 19, agreed. “Elizabeth is like a second mother to me,” she said, packing up her violin after the concert. “What I find here, it is hard to find at home.”

She also founded the Kenya National Youth Orchestra, or K.N.Y.O., and runs the Safaricom Youth Orchestra, or S.Y.O. The K.N.Y.O. — which started in 2010 and is made up of young people from across the country who are from 14 to 24 — meets three times a year for intensive rehearsals and a few concerts, including a performance in July 2015 at the state dinner held for President Obama. On Oct. 23 the K.N.Y.O. performed with over 250 children from six schools in disadvantaged areas of this city as part of New York’s Carnegie Hall Link Up, a global program that teaches music to young people by having them play with local orchestras. The S.Y.O., which was formed three years ago by telecom company Safaricom’s chief executive, Bob Collymore, practices every Saturday at the company’s headquarters here. It includes 18 members of the Ghetto Classics orchestra, children from middle-class and wealthy Kenyan families, and expat children. They hold a number of concerts throughout the year including performing at February’s annual Safaricom International Jazz Festival.

“Elizabeth is the indefatigable visionary for the power of classical music in Kenya,” said Eric Booth, a New York-based arts education specialist who has served on the faculty of Juilliard and the Lincoln Center Institute, and who introduced Ms. Njoroge to the people behind Link Up.

Ms. Njoroge grew up near this city and fell in love with music when she began piano lessons at 4. “Music was encouraged until I started my A Levels,” she said, referring to her last two years of school. “That was when I was told ‘no more.’ ”

She studied biochemistry at McMaster University in Hamilton, Ontario, Canada (where she was a member of the school choir and took singing lessons) and had what she calls an “existential crisis” before she began pharmacy school at the University of Strathclyde in Glasgow.

“My voice teacher in Canada said to me, ‘You need to study music,’ so when I got to Glasgow I went to the Royal Scottish Academy of Music and Drama and picked up a prospectus,” she said with a chuckle. “For one week, I really thought I was going to go for it, but I did not have the guts.” Instead she sang in choirs in her free time, in Glasgow and later when she moved to London to work in hospitals.

When Ms. Njoroge moved back here in 2003, she was struck by not only how few classical music options there were but also how they seemed to mostly focus on the white Kenyan and expat communities. “I think at that time the Nairobi Orchestra had one black person in it,” she said.

She started holding recitals for friends across the city, began a classical music newsletter and then a glossy classical music monthly magazine.
In 2007 she began hosting a weekly two-hour classical music radio program, sponsored by Safaricom. “There was one guy who called in who said he played my show in his matatu,” she said, referring to the privately owned minibuses used in Kenya. “That showed me that all sorts of people loved classical music, and it needs to be on the menu.”

The community project that became the Ghetto Classics program began with just 14 children using instruments borrowed from the Kenya Conservatoire of Music. A Catholic priest from Korogocho asked Ms. Njoroge to teach music at the community center he ran in Korogocho, and she brought in Levi Wataka, a music teacher who is now the K.N.Y.O. music director. They could only afford to meet every other week, but thanks to donations they eventually had enough instruments for more regular lessons.

The project limped along for a number of years through private donations and the determination of Ms. Njoroge’s growing staff, but in 2013 Mr. Collymore, who had taken over as chief executive of Safaricom, asked Ms. Njoroge to form the S.Y.O. “We decided that we would bring together these children who are living in the most desperate conditions with similarly talented kids from more privileged backgrounds,” Mr. Collymore said in an email. “After all, music doesn’t really recognize economic boundaries so why should we?”

The telecom company then began the Safaricom International Jazz Festival, and proceeds from the ticket sales help fund the Ghetto Classics program. As part of the festival, international musicians like Branford Marsalis, Kirk Whalum and Salif Keita were brought to Korogocho to hold master classes. Mr. Whalum, a Grammy-winning saxophonist, was so inspired that he plans to write an original score for the Ghetto Classics orchestra, while Mr. Marsalis has donated reeds, which are hard to find in Kenya. “I was moved by how delicately all of the students and teachers treated each reed, because it might be one of two they get the entire year,” Mr. Marsalis said. “I come from the ethos of doing for others when you can.”

Other international musicians have also visited the project and continue to keep in touch with Ms. Njoroge and help when they can. Each week violin students get Skype lessons from music teachers in Germany and Armenia, funded by the German string quartet Salut Salon.

Up to 70 percent of the Nairobi Orchestra is now made up of K.N.Y.O. alumni (as well as a few former S.Y.O. and Ghetto Classics members), including the current concertmaster, David Ralak, who in September performed with the Chineke Orchestra at London’s Royal Festival Hall.

“She is a rock star,” said Joanna Massey, Carnegie Hall’s director of learning and engagement programs. She added, “She is one of those people who is continually learning how to better improve her organization and to bring that to the young people they are serving.”

1 and 3 photos by Sergio Ramazzotti 1) Stephen Kamau, 15, a student in the Ghetto Classics music program, practices on his cello in Nairobi’s Korogocho slum. In the background is the huge open-air dump next to the slum; 2) kids practising. Photo 2 from Safaricom 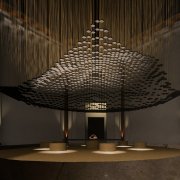 New York Times: An Early Fascination With Caves Leads to a World Stage 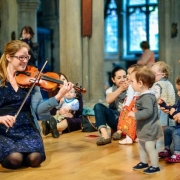 New York Times: No Need to Hire A Babysitter For These Concerts 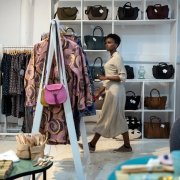