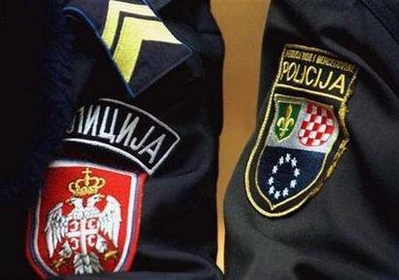 When Aida, my Bosnian translator, and I climb into the back of the patrol car, officers Emir Lakota and Radaslic Sabahudin say that because it’s Ramadan and also a Monday, things will hopefully be quiet. As we speed off in their Volkswagen, swinging passed parks, dimly lit alleys and through the hopping bar district, they tell disheartening tale after tale of how the security and judicial systems in Bosnia have broken down 14 years after the war ended here.Though crime statistics in the Bosnian capital appear down this year,  these two Sarajevan cops—who have both been on the force for over 15 years—say they are frustrated more than ever.

With many prisons at over 100 percent capacity, there is not enough room for criminals to be housed as they await trial while across the country over 1200 convicted criminals—from petty thieves to murderers—are waiting for openings to serve their sentences, and are either housed in low security facilities or not being held at all. For juveniles the situation is even more distressing: there is a severely lacking social services structure, few laws on the books are directed at juvenile crime, and even fewer institutions exist to hold them once they have been sentenced.

More often than not under-18s who commit crimes are arrested, held overnight and are then let back onto the streets; Lakota gives an example of a young boy who recently stabbed another youth at the bus station, was arrested, released the next day and faced no disciplinary action. “I have no will to work the streets anymore,” he says, shaking his head as he drives.  Lakota agrees with his partner. “Of course we are frustrated because the whole system has stopped functioning—it’s catastrophic.”

The failing security and judicial system is a microcosm of the catastrophe that this country has become. Since the war ended here in 1995, the international community has effectively been running the Balkan country. The Dayton Agreement, which ended the war and still serves as the country’s makeshift constitution, set up a fragmented Frankenstein structure that split the country into two autonomous—and increasingly entrenched—entities of the Republika Srpska (RS) and the Federation of Bosnians and Croats.  Corruption is endemic, organized crime is on the increase (a source from the European Union Police Mission—EUPM– who wished to remain anonymous says,  “The black and grey economy is enormous—you see people getting poorer and poorer yet they keep building all these huge shopping malls so you have to ask yourself where is this money coming from?”), and an ineffective national government handicapped by both the too-powerful entity governments and the fact that the Office of Representative (OHR) still serves as the United Nations’ overlord.

Because there has been an unresolved  debate over a unified national police force, both entities have separate security and judicial systems. So if someone steals a car in the Federation, all they have to do is drive into the RS and they can no longer be chased. There were hopes three years ago that this huge issue—along with several others—would be resolved when constitutional reform was put up for debate in the national parliament. But in a rare move of consensus, parties from all three ethnic groups worked together to vote down the proposed changes that would have strengthened the national government.

Since then, the country’s progress has remained stagnant. One of the biggest failings of the state is politicians’ steadfast refusal to sort out the security and judicial mess. Though there is a national Ministry of Justice, its remit is very limited—and it too has a problem with incarcerating state prisoners. At the moment there is no national prison—about 20 million euros is needed for the construction of the prison which the ministry is trying to raise from international donors— so the 78 convicted war criminals, murderers and other serious offenders are held in entity prisons where conditions and security are often poor. (Radovan Stankovic, who was serving a 20 year sentence for his role in helping run rape camps in Eastern Bosnia during the war, escaped from one of these facilities in 2007 and is still at large). “In Bosnia we have this problem of how to invest in the prison system, how to improve living conditions and to build new capacities,” the Bosnian deputy minister of justice, Srdan Arnaut, tells me.

But it’s not merely just about money; on the entity level there is little communication between the two governments about crime, and so though prisons in the RS do have room to take Federation prisoners there are no laws to allow for inter-entity transfers so prisons in the Federation remain at overcapacity. “I am not sure the solution is to build new prisons,” says Florian Razesberger, a legal advisor on judicial reform at the OSCE’s Sarajevo office. “The point is to solve this fragmented system and get a unified one like in other countries.” In a poll taken last year, 70 percent of Bosnians said they had no confidence in the security and judicial situation while in Sarajevo 90 percent of respondents said they were unhappy with policing. Everyone I spoke with told me that while crime statistics appear lower this year, it’s probably more that people see no point in reporting crime because in the end justice will not be served.

In Sarajevo juvenile crime has jumped by an amazing 63 percent,  going from 448 total crimes committed in 2008 to 344 crimes committed in the first six months of 2009. Of those juvenile crimes, 12 children have committed 50 percent of the crimes. “Citizens are at the end of their patience and no one can promise them that in two years time the security situation is going to get any better,” says Zlatko Miletic, the director of police for the Federation’s Ministry of Interior. “There is not going to be a new war but unless something is done here it’s not going to be good.” All Aida and I end up on our night out is a drunk man arrested for trying to break into a car. When I ask Lakota what will happen to this man, he shakes his head. “He will be released tomorrow and be back on the streets,” he says as he checks the breathalyzer results. ““Criminals have all possible motivation to continue to commit crime because they see there is no punishment. 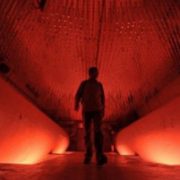