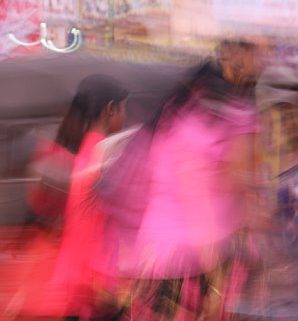 After the war: Sri Lanka seeks tourism and FDI boom

As Monica Lewinsky lumbers along the Wadduwa shoreline, bikini-clad tourists from the various beach-lined hotels scamper up to her to take pictures, smiling and asking if they can take a short ride. Monica, an ageing Asian elephant named after the infamous mistress of former US president Bill Clinton, patiently waits as young couples, children and a German businessman climb onto her back for short strolls along the shore. The elephant’s owner often takes her out for a walk to the delight of holidaymakers who have come to this attractive patch along the Indian Ocean to get away from it all. If, as the Sri Lankan tourism board predicts, tourism increases next year, Monica could be set for a busy 2011.

Since the war ended in Sri Lanka in May 2009, tourism – which remained stagnant at about 400,000 visitors per year during the final decade of the 30-year war between the government and Tamil Tiger rebels – has begun to take off. The numbers of visitors for 2010 rose by 46%, and next year there are predictions that 700,000 people will come to the island to spend time on the beaches, head to the historic sites of the Golden Triangle and visit tea plantations in the central Highlands, which became Sri Lanka’s seventh Unesco World Heritage Site this summer.

The tourism board predicts that by 2015 the island will have 30,000 more hotel rooms, and some luxury hotel chains have already shown serious interest in investing not only on the country’s west coast but also in the north and east, previous strongholds of the Tamil Tigers. “The world knows now that things are peaceful here,” says Nalaka Godahewa, head of Sri Lanka Tourism. “There is so much diversity within such a compact country that tourism will definitely continue to grow.”

The charge of the investor

What is also growing in Sri Lanka is interest from foreign investors, in everything from IT to medical tourism. According to greenfield investment monitor fDi Markets, last year there was a total of $1.91bn in investments – this year the total stands at $525m as at October – and large investments in 2010 have come from companies such as Nestlé, which has developed a new dairy chilling centre in Kilinochchi province, once a Tamil Tiger enclave. Sweden’s Cambio Healthcare, provider of healthcare administration software, has relocated to a larger facility and doubled it staff of engineers and software developers at its facility in Colombo, while the Indian Bank announced in November that new branches will be opening in the east of the country in 2011.

The Central Bank of Sri Lanka has continually revised growth predictions for the year; early estimates were of 6%, but 8% is expected to be achieved before the year end. “Growth is strong,” Nivard Cabraal, the central bank governor, told FDI Magazine during an interview in Colombo. “Investment and credit growth is coming back, and we have seen a huge number of investment inquiries from diverse sectors.”

Sri Lanka’s conflict, which began in 1976 when Velupillai Prabhakaran launched his violent secessionist campaign for an independent Tamil state in the north and east of the country, was one of the longest running wars in Asia. During those three decades of unrest, tens of thousands of civilians were killed – including an estimated 7000 in the final weeks of the war in April and May 2009 – and the Tamil Tigers became infamous for having pioneered the use of female suicide bombers and child soldiers.

“War was an impediment to growth potential for the country,” says Leif Eskesen, HSBC’s chief economist for India and the Association for South-east Asian Nations market. “Areas that were impacted by war are now able to be developed.” Besides tourism, the north and east of the country could have huge potential for investment in sectors such as agriculture and fisheries. Investment for infrastructure projects is also hugely in demand and although many new schools, police stations and hospitals have been built, there is still a need to improve the roads and railway lines, some of which have been or are currently being rebuilt.

“There was always an interest in investing in Sri Lanka but, during the war, people always ended their conversations by saying, ‘but you still have conflict’,” says Mr Cabraal. “We no longer hear that and we are fortunate we have so many things to do. It’s rare that history provides you with that opportunity.”

Opportunities for investment include a broad range of sectors, from IT, business process outsourcing (BPO) and infrastructure, to agriculture, medical tourism and transport – the port in Colombo is getting a $440m makeover from government money and there is a need for $2.3bn in private investment to build the terminals. Opportunities also exist in higher education, and several UK and European universities have expressed an interest in setting up branches of their schools in Sri Lanka, where there are currently not enough higher education facilities to meet student demands. The country also hopes to attract students from across the Indian subcontinent and the Middle East.

The BPO sector is experiencing wide growth and tax holidays of between five and 12 years for BPO companies and grants for training are enticing companies such as Genpact, India’s largest BPO firm, which opened a centre last year in Colombo. “India is bursting at the seams with BPOs, and Sri Lanka could be an obvious extension,” says Jayampathi Bandaranayake, CEO of Sri Lanka’s Board of Investment. “I could see the relationship between Sri Lanka and India as like that of Hong Kong and China.”

One of the most successful IT companies in the region is MilleniumIT, purchased last year by the London Stock Exchange. The firm provides software for the global capital markets industry and its campus, a 30-minute drive outside Colombo, is more Silicon Valley than developing world. Facilities include everything from a fashionable café for employees to a gym that houses basketball and squash courts.

The business started out with 12 employees in 1996 and now employs 550 across London, the US and Sri Lanka. It supplies stock exchanges from Nairobi to Boston with one of the fastest trading system technologies in the world. “We are constantly innovating,” says Anush Amarasinghe, the company’s COO. Innovation, it seems, is not only the way forward for MilleniumIT, but for Sri Lanka as a whole.

Newsweek: All of China’s a Stage