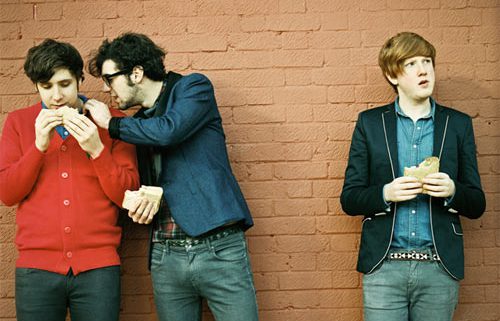 BELFAST, NORTHERN IRELAND— A Plastic Rose, whose debut album is being released this month, already has the presence of a band that will feel at home on a stadium tour. The band members gained experience this year opening a few shows for Snow Patrol (three of their five members are from Northern Ireland), and at a recent small gig at Belfast’s Oh Yeah Music Centre, the crowd went wild for songs like “Oceans” and “Kids Don’t Behave Like This.” Also on the bill that evening were two other talented, yet wildly diverse bands: the spunky, quirky Wonder Villains and the melodic Pretty Child Backfire, both of which have devoted followings.

The showcase was just one of several gigs that happen across the city on an almost nightly basis. For a country with a population of just 1.7 million, the musical variety and energy is mind-boggling. “We have not had that many bands break out yet, but there are so many in the queue,” said Gary Lightbody, the lead singer of Snow Patrol and president of the Oh Yeah Music Centre. Northern Ireland, he said, “is the most exciting music scene in the world at the moment.”

Bands like General Fiasco (on tour in Britain this month), And So I Watch You From Afar (ASIWYFA), Fighting With Wire (which released a new album last month) and Cashier Number 9 have gained growing support internationally.

In addition, over the past few years, the musical infrastructure in Northern Ireland has gained momentum. Several labels — including the Londonderry-based Smalltown America and Belfast’s No Dancing Records — management companies, venues, festivals and music promoters now offer a plethora of choice for bands. A new film, “Good Vibrations,” a biopic about 1970s punk music promoter Terri Hooley, makes its mainland British debut at the London Film Festival on Oct. 19, having already won awards at festivals in Galway, Ireland, and Belfast.

There has also been a concerted drive by nonprofits including the Oh Yeah Music Centre and governmental organizations like the Northern Irish Tourist Board and the Belfast City Council to promote Belfast and Northern Ireland as a destination for musical tourism. They also help to finance events like Belfast Music Week (Nov. 4-11), now in its third year. Coinciding with the festival last year, MTV held its European Music Awards in Belfast, a huge nod that the city had something significant going on.

“In the last five years, the standard of bands has gone through the roof, both in quantity and quality,” said Rigsy, the host of BBC Radio Ulster’s “Across the Line,” which is focused primarily on music from Northern Ireland. “There seems to be an embarrassment of riches at the moment.”

For decades, Northern Irish music was seen as a musical backwater where bands found it difficult because of geography and politics to get into the wider international scene.

“It’s just been a lot tougher to break a band from Northern Ireland than any other place in the U.K.,” said Sam Halliday, the guitarist for Two Door Cinema Club. “We are one of those gray areas and sometimes things get a bit lost.

“People in the U.K. do not really see it as part of the U.K., and music people in Ireland are like, ‘Why are you sending me this? It is not Ireland. Send your music to London.”’

Politics, however, was an even bigger stumbling block; Northern Ireland during the Troubles was a literal war zone where bomb scares, murders and kidnappings were daily realities. Belfast went from being a place where musicians like Bob Dylan, Led Zeppelin — who played “Stairway to Heaven” for the first time ever live in the city’s Ulster Hall — and local boy Van Morrison would play major gigs, to a city whose center was cordoned off at night by the British military.

In 1977, the city council canceled the Clash’s show at Ulster Hall. Riots ensued, and many international acts refused to come to the country to play. “There were something like 80 clubs in the center of Belfast in the 1960s,” said Glenn Patterson, who co-wrote the script for “Good Vibrations.” “In the 1970s and 1980s, we lost a lot of civic life of the most important kind, we lost night life. The pubs, the musical venues — we lost the center.”

The new film details Mr. Hooley’s influence on the Northern Ireland punk scene — he was the manager of The Undertones — and how he decided that despite the violence, people could be united through music. Mr. Hooley, who is 63 and describes himself as an “old hippie,” opened the Good Vibrations Record Shop (the name was an ironic nod to the bombings) in 1977 as a neutral space where punkers and music lovers from both sides of the sectarian divide could come together.

“In the middle of a civil war, where you have kids from both hardcore Republican and Loyalist neighborhoods, to be able to turn their back on that when it is in their face every single day and say, ‘You know, I love the Clash, I love the Sex Pistols and I want to put a safety pin through my nose, not a bullet through someone’s head’ — well, as dramatic as it sounds, that was the choice for a lot of kids,” said David Holmes, a musician and film composer who co-produced the movie.

After the signing of the Good Friday Agreement in 1998, peace came quickly back to the country, as did nightlife. Over the past few years especially, many venues put on musical showcases, featuring everything from singer/songwriters like David C. Clements and Katharine Philippa to the electronic music of Japanese Popstars and Space Dimension Controller.

“The growth of the music industry in Northern Ireland has almost run in parallel with the growth of the bands,” said Jonny Tiernan, the founder and editor of music magazine, Alternative Ulster.

There used to be this opinion that if a band was local, it wasn’t any good, he continued, and “there was nowhere you could play. But then bands started to pull in the crowds, building to a point where people would go out of their way to book good local bands for multi-showcase gigs.”

The camaraderie among those involved in music has also bolstered the scene. In 2008, ASIWYFA put on a mini-festival titled “A Little Solidarity” to help promote local bands. “There was always such a connection between every band where everyone would help each other out,” said Alex Trimble, the lead singer from Two Door Cinema Club. “So this was formally saying, ‘we are a scene, we are here to help each other.’ So whether that was taking another band on tour with you or talking about favorite bands in interviews, it’s always something close to our hearts.”

There has also been an understanding by governmental bodies that promoting the music scene — they have helped fund bands going to industry showcase events like the South by Southwest festival in Austin, Texas — could help turn around the country’s reputation as a “Dark Tourism” destination, with visitors coming not just to visit the infamous sectarian murals but to check out the clubs and festivals like Belsonic, Sunflower and Glasgowbury as well. Estimates were that Belfast took in £20 million, or $32 million, from hosting the MTV European video awards last autumn.

“People in government now recognize that this is something extraordinary, something we should be investing in and we really need to look after the artists,” said Carolyn Mathers of the Belfast City Council. “They do need to be nurtured and supported and if that happens, Belfast can be recognized globally.”

“Bands have more choice in terms of labels, managers, promoters and festivals than they know what to do with,” he said.

Mr. Lightbody agreed. “Our music scene is the flagship of our next generation,” he said. “Things like the Titanic and the Troubles, that is our history. The music scene is Northern Ireland’s future, and it is an incredible future happening right in front of your eyes.”