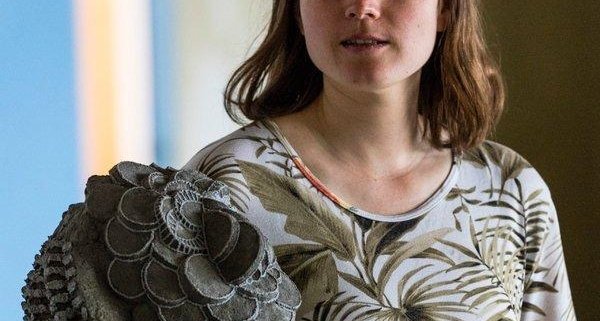 PRAGUE — For the Czech sculptor Anna Hulacova, sometimes art is a family affair.

Her husband, Vaclav Litvan, whom she met when they were students at Prague’s Academy of Fine Arts and who is also a sculptor, sometimes works with her on the technical side of her pieces, and he often helps install her works in museums and galleries for shows.

Her aunt, Zdenka Kucerova, who is a beekeeper back in Ms. Hulacova’s home village of Kasejovice (about a 90-minute drive southwest of Prague), has also had a hand in helping the 34-year-old artist with her conceptual art over the years. They designed a way for Ms. Hulacova to put some of her works, with hollowed-out middles, on top of beehives so the bees over time created intricate honeycombs inside the cavities of her sculptures. Ms. Hulacova — a keen environmentalist — and her aunt also made sure that once the sculptures were removed, there was little disruption to the bees and hives.

Meanwhile, her father, Josef Hulac, a furniture restorer and farmer, and her brother, Jan Hulac, have done intarsia (a form of wood inlay similar to marquetry) work for a few of her installations. A wooden skateboard and table, where they used 15 different types of wood including cherry, oak, mahogany and ash, were part of the installation “Graceful Ride,” which was exhibited last year at Kunstraum, a London gallery. “They enjoyed doing it,” Ms. Hulacova said, adding that she paid her father and brother for their work. “Especially my father, because he could finally return to his best techniques, which was a cherry on top for him.” At Art Basel Hong Kong, Ms. Hulacova’s work “Pathetic Poetic,” an installation that includes not only her own sculpted concrete pieces but also her father and brother’s skateboard and table (and their intarsia wooden bookshelves), will be featured in the Discoveries sector of the fair. It’s something of a coup for Ms. Hulacova, as well as for her gallery, Hunt Kastner (the first Czech gallery to show at Art Basel Hong Kong), because it is a chance for her work to be seen by collecting and curating circles across Asia. Though her work has been featured at other big-name art fairs including Frieze London in 2017, she hasn’t had much of a presence outside Europe, though she will also take part in the Aichi Triennale in Japan starting in August.

However, Ms. Hulacova has increasingly become a name not only in her own country, winning Czech Artist of the Year 2017, but also across the Continent as well. She has been featured in a number of European solo exhibitions, including one in Paris at the Fondation Louis Vuitton from October 2018 to January 2019.

She has also participated in a several group exhibitions including, also in Paris, the Palais de Tokyo’s “Another Banana Day for the Perfect Fish” and in last year’s Baltic Triennial in Lithuania where her “Underworld Upside Down” received much critical praise. Another group show, “Entomos: Hulacova-Keresztes-Janousek,” closed this month at the Colloredo-Mansfeld Palace in Prague.

Adeline Ooi, the Asia director for Art Basel, said the whole point of the Discoveries sector was to introduce up-and-coming artists to a new broader Asian market. “When we discussed the project, it jumped out,” she said of Ms. Hulacova’s “Pathetic Poetic” installation. “It stood apart from everybody else in its own way. It rang with a certain kind of honesty, and it was distinct, and you could not say no to this.”

As a child, Ms. Hulacova loved to model in clay, and her father sometimes let her practice carving in his studio. As a teenager, she was sent to school to learn traditional woodworking. While she enjoyed the experience, she realized that her real love was more contemporary, so at 18 she moved to Prague to study art — something that her family supported but didn’t really understand at first.

“They didn’t know that art can be a serious job,” the shy artist said with a chuckle. “It was quite funny when I found out that I would go on a residency to Strasbourg and my grandfather started to cry because he could not believe that someone would pay for me to be staying somewhere.”

While at art school, she found she was interested in juxtaposing not only sculptural styles, like classical with conceptual, but also working with different materials, aspects that she experiments with in her current work. However, a number of her professors felt that her work was too provincial and naïve.

“They didn’t understand it,” said Kacha Kastner, one of two North American expat co-founders of Hunt Kastner. “In the Czech Republic, there is a strong post-conceptual bent and at that time no one was making figurative sculpture, and so I think it took longer for people to jump on the bandwagon. But maybe that is a good thing.”

What makes Ms. Hulacova’s work stand out, say critics and curators who have worked with her, is that combination of seemingly incongruous themes, concepts and materials that on paper seem like a bizarre mishmash yet somehow, once combined, create a powerful and stimulating body of work. They include brutalist architecture and Central European folklore to Greco-Roman mythology, Surrealism, Futurism and science fiction — all represented through things like wood, concrete, honeycomb and digital prints.

“Through this ambiguous yet playful mix of inspirations, techniques and materials,” Yoann Gourmel, one of the curators of “Another Banana Day for the Perfect Fish,” wrote in an email, “she successfully merges in her own distinctive language the local with the global, the past with the present, the organic with the digital, without any distinction or sense of hierarchy.”

The combination, much of which Ms. Hulacova said comes out of her anger over things she finds unjust, including issues around loss of animal and insect habitats, often also mixes the optimistic with the pessimistic, so while some find her works grotesque and disturbing, others find them playful and beguiling.

“People do not realize her works have a deep social commentary,” Ms. Kastner said. “When she is angry, she sees a situation, like problems with the environment that people are not addressing, and she feels she has to do something.”

Her art must be touching a nerve. “There is a wave of tensions in her work that make it absolutely mesmerizing,” said Vincent Honore, who curated last year’s Baltic Triennial. “She is an extraordinary artist.” 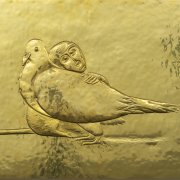 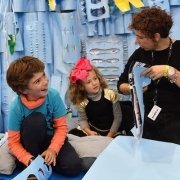 New York Times: Anneleen Lenaerts, a Top Harpist in Vienna and Around the W...