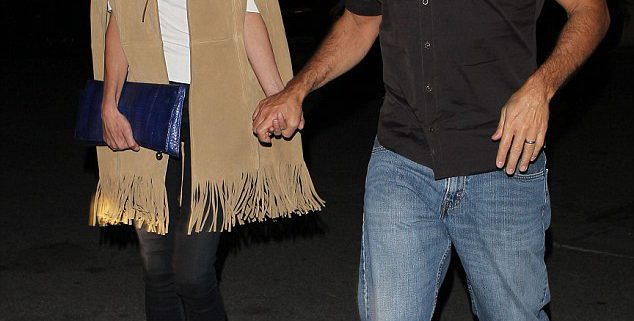 LONDON: As a gift to herself for her most recent birthday, Caroline Nolan bought an oxblood mink cape from Saks Fifth Avenue in Washington. Ms. Nolan, a public relations executive and mother of five, said she first started collecting capes during her last pregnancy, in 2011.

The first was a hard-to-get-hold-of Rachel Zoe camel cape, which Ms. Nolan said slipped on and off with ease. Since then, capes have become an integral part of her wardrobe.

Although she joked that she had nowhere to wear her new mink cape except to her sons’ soccer games — “I am going to do it even though soccer matches are really dusty” — Ms. Nolan believes that capes have become an important clothing staple. “When the weather is cold and if I am in a suit or a bulky sweater with trousers or a pencil skirt, I will wear a cape,” she said. “I really view them as a good alternative to a coat.”

Many designers have loved capes, but fashion fans like Ms. Nolan — who also runs the fashion site pregnantfashionista.com — haven’t always loved buying them. Some were impractical — it’s nearly impossible to drive in certain kinds of capes, and they limit handbag choices — but their dramatic flair can make you feel like a cross between Red Riding Hood and a minor European royal at the opera. Recently, however, designers seem to be taking notice and are creating more adaptable and practical versions, with larger arm slits, for example.

And boldface fashion names have responded. Amal Clooney was spotted earlier this year in a suede midlength Saint Laurent cape, Kate Moss was photographed in a black fringed Burberry poncho-style one and Alexa Chung wore a Tommy Hilfiger cape as a dress.

Capes, according to the Moscow-based designer Olga Vilshenko, have begun to “invade the hearts” of women across the globe. “Every season we are seeing more capes being created and worn on the street,” she said, “and I think it is mainly because capes are not just something different to wear but they also give a special feeling when you put them on.” With the laid-back look of the 1970s — from flared trousers to peasant-style tops — having a big impact on this season’s styles, capes, especially ponchos, are appearing often. Talitha, the London-based fashion brand sold online on net-a-porter.com and in shops from Seoul to St.-Tropez, has a brown suede fringe poncho and an elegant blue and green silk cape that works with both wide jeans and floor-length black dresses. “Capes are part of this bohemian mood,” said Kim Hersov, one of Talitha’s founders. “I also think they are a great layering piece; they give a bit of volume, a bit of movement. You can put jumpers or T-shirts underneath and it has a bit of drama because it moves as you walk.”
The trend is likely to continue, said Mario Eimuth, chief executive and one of the founders of the German online boutique stylebop.com. “The current demand indicates there is huge interest in the market for them,” he said, adding that this season he particularly liked the poncho from Missoni and an embroidered evening cape from Valentino. “I think women consider them a staple as a substitution for a blazer or even a coat.” The style tweaks have made a difference in capes’ popularity, both specialists noted. “I think people have tackled how to design them so they are functional,” Ms. Hersov said. “When I was designing them, that was something we really looked at — making sure you had room to move your arms within your cape because otherwise you feel like you are in a straightjacket.”

But Marcella Martinelli, an Italian-Swiss fashion director and stylist based in London, argued that the restriction of a cape is actually part of its charm. “Like a pencil skirt, it is meant to be constricted, maybe a little bit sexy,” she said, “So you move in a different way, you behave differently.”