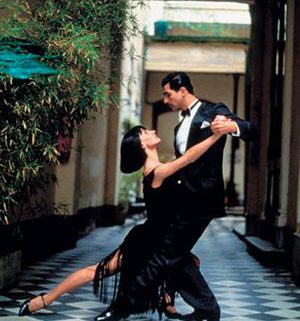 I’ve never been much of a dancer. I took ballet and tap classes for years as a child but never managed to graduate to pointe shoes or the high-heeled tap shoes the cool, older girls wore. Since then, the dancer in me lay dormant—until a recent trip to Spain, where I saw a flamenco dancer whiz across the floor with poise and precision. It reawakened my inner ballerina, and I started fantasizing about all the opportunities I had missed to trip the light fantastic. So I decided to see if age has made me more graceful; this summer I plan to visit Spain and take flamenco classes in the very place the dance originated. No matter where you live, it’s easy to find dance classes of every variety—thanks in part to the popularity of shows like Strictly Come Dancing and So You Think You Can Dance. But I intend to try one of the growing number of high-end companies that offer a more authentic experience, providing total immersion in the culture associated with the dance.

They can be found all over the globe. In Buenos Aires, the capital of tango as well as of Argentina, AR Tourism offers a seven-day tango holiday that includes private and group tango lessons, entrance to various tango clubs, and front-row tickets to tango shows. Dance junkies stay at the Mansion Dandi Royal, a boutique hotel in the funky San Telmo district (the birthplace of tango), where each of the 30 rooms is named after a famous Argentine tango dancer (price on request; artourism.com). Nearby, Abercrombie and Kent (A&K) offers tango lessons with the Tony award–winning dancers Mayoral and Elsa María in their gorgeous early-20th-century French-style mansion. The couple, who starred in the Broadway musical Tango Argentina, have taught famous pupils like Bill and Hillary Clinton and Liza Minnelli how to perform an arrastre, or “triple drag.” Those really eager for a challenge should ask Elsa María to teach her signature multiple pirouettes with the leg in passé. “Participation in local culture—not just mere observation—has always been part of our philosophy, and learning to dance while on holiday [adds] a fun twist,” says A&K’s managing director, Justin Wateridge. Indeed, A&K is one of several companies that will create bespoke dance holidays for anyone keen to learn, say, the African rumba in Congo or the samba in Brazil.

For those eager to learn the ancient art of belly dancing, there are a number of options across the Middle East and Turkey. Responsible Travel offers a weeklong holiday in Egypt, where visitors spend the days seeing sights like the ancient pyramids and the Citadel—the home of Egyptian rulers for almost seven centuries—and the nights practicing belly dancing. The trip ends with an evening dinner cruise down the Nile, which features a belly-dancing show as well as the impressive twirling dance of the sufi dervishes ($1,165; responsibletravel.com). In Sharm al-Sheikh, Egypt, the five-star Hilton offers guests the chance to learn how to belly dance along the banks of the Red Sea (price: upon request; hilton.com). And in Morocco, TravelinStyle.com offers a nine-day belly-dancing tour, where guests stay at the plush Sofitel Essaouira Medina & Spa and take daily two-hour lessons as well as sightseeing excursions in Marrakech ($5,860; travelinstyle.com).

Anyone with a princess fetish should visit Vienna during the ball season; the city hosts more than 300 formal balls each year, which the Vienna Economic Chamber estimates will bring Û67 million to the local economy in 2010. Most of the balls take place between November and February, with the most famous, the Opera Ball, held the first Thursday before Shrove Tuesday. High-end hotels offer packages including waltz lessons and spa treatments. -LuxuryAdventures.co.uk runs an exclusive five-night New Year’s trip to Vienna that includes a flight from London by private jet, canapés and cocktails before the opera, and a horse-drawn carriage to the Hofburg Palace for the Imperial Ball. “These balls have always been a tradition, and pretty much all of Austria sits in front of the television when the Opera Ball is shown,” says Martina Jamnig from the Austrian National Tourism Board. “That image of the ball—the room filled with flowers and the romantic waltzes—coupled with the snow and carriage rides really [appeals].”

For me, though, it’s all about flamenco: the Spanish guitar, the dramatic movements, and especially the high-heeled shoes so reminiscent of the elusive tap footwear of my youth. Though there are loads of course options across Spain, no place is more exciting than Seville, which, along with nearby Jerez de la Frontera, is the original home of flamenco. The opulent Hotel Alfonso XIII, built in 1928, is only steps away from several good dancing schools; the concierge can arrange lessons and procure tickets to the finest flamenco shows in town. Festival de Jerez—from Feb. 26 through March 13, 2010—offers several courses for all levels, as well as a vast array of performances and workshops. StudyGlobal offers flamenco courses throughout the year in Seville that focus on hand and arm technique, choreography, palmas (clapping), compas (rhythm), or cante (singing) (prices vary; studyglobal.net). And InfoHub offers a 14-day trip to Spain, where guests take flamenco classes in the morning and tours of Seville, Córdoba, and Jerez in the afternoon ($2,384; infohub.com). I’m not yet sure which is right for me, but I’m leaning toward one that offers something besides dancing. That way if my flamenco fantasies still outstrip my talent, I can at least look forward to the sightseeing.