The crash led to a thaw in the often contentious relations between Russia and Poland. Is this permanent?
The catastrophe has provided an additional stimulus and a psychological breakthrough in relations. As a government we have been laying the foundations for this for the last two and a half years, [including] a series of gestures of good will on both sides, like the signing of important agreements. I think the key event was the meeting three days before [the crash] of the two prime ministers, which included for the first time a Russian prime minister speaking over the graves of murdered POWs in Katyn. In this part of the world, history matters because history encapsulates whether nations feel secure or otherwise. You feel that only by respect for the facts [of history] can we trust each other.

Poland is expected to take over as the sixth-largest economy in Europe this year. Does Poland’s booming economy signal a shift in power within the EU?
Poland has a memory of itself as a serious regional power, [so] we look at it as we are returning to a place on the political map of Europe that we were unfairly deprived of for a long time.

SUBSCRIBE Click Here to subscribe to NEWSWEEK and save up to 88% >>
One of the compromises of the new British government has been to continue to say no to the euro and keeping a distance from further British integration into the EU.
I am sure Britain will [continue] to be a constructive member of the EU, in coalition with the Liberal Democrats. Britain has won several challenges; the EU is an English-speaking power, the completion of the single market was a British idea, and a British politician [Catherine Ashton] is in charge of Europe’s diplomacy. In Poland we [hope] Britain will apply its practical mind and considerable capabilities to EU’s defense identity so that we are able to back up our diplomacy with force, at least on Europe’s periphery.

What was the reaction here to the Greek bailout?
For the first time we have reacted to something happening in Europe not as a Central or Eastern European country but as a Northern European country; you have to pay your bills, you have to live within your means, you have to extend the retirement age, which we are already doing here. Our instincts were much closer to Germany. Poland is now part of the solution of the financial crisis—we have helped Iceland, Latvia, and Moldova. And while we are committed to joining the euro we are worried about what is happening in the euro zone; we will join once the mechanisms have been put in place to prevent the same thing happening in the future.

What have been the public debates on Polish troops in Afghanistan?
With 2,600 troops we are now the sixth-largest contingent in the International Security Assistance Force, and we are in charge of a province on the Kabul-Kandahar road with over 1 million Afghans. We support the surge-and-withdraw strategy because [it] is high time we first help them and then start handing over responsibility, particularly to the regional powers.

For so long, if the U.S. said jump, Poland asked how high. That relationship seems to have changed.
I agree that it is a more mature relationship, but we have important projects together. We see eye to eye on Afghanistan, the future of NATO, the new configuration of the missile defense project. Hillary Clinton will be here in July for the Community of Democracies meeting, and this is something both Americans and Poles feel strongly about. 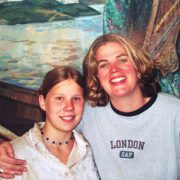 fDi Magazine: From Aid to Enterprise