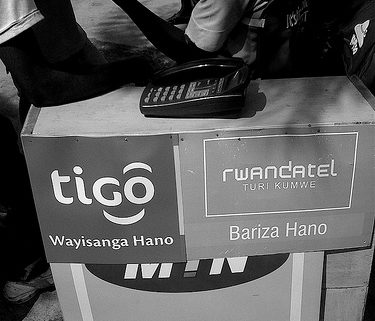 After the first wave of humanitarian aid is sent to war-torn and disaster-struck regions, FDI is the vital next step in helping countries such as Rwanda rebuild themselves. Ginanne Brownell reports.

As a man with strong searing eyes proudly strides up to a podium to tell his story, his fellow Democratic Forces for the Liberation of Rwanda (FDLR) foot soldiers shift in their seats craning their necks and whispering to each other.

A former major in the Rwandan army, he has eked out an existence in the jungles of the eastern Congo serving in the FDLR, which has been fighting against the Congolese army, UN peacekeepers and the Congolese Tutsi rebels for 15 years. These Hutu extremists, who killed an estimated 800,000 Tutsi and Hutu moderates in 100 days during the war in Rwanda in 1994, were largely driven into the Congolese jungle, but from there they continued to launch crossborder attacks into Rwanda for more than a decade.

In the middle of the 1990s Rwandan president Paul Kagame – a former Tutsi commander – sent troops into the Congo to pursue the FDLR soldiers who have been accused of mass rape, massacres and wrecking havoc across a wide swathe of the eastern Congo. The situation escalated to an all-out rebel war across the Great Lakes region of Africa – partially over who would control mineral resources of copper, gold and coltan, the latter used in mobile phone chips the world over. The former army major and his FDLR compatriots have now returned to Rwanda – either voluntarily or after being captured by UN or Congolese soldiers – and are spending three months at the Mutobo Demobilisation Centre before being reintegrated back into Rwandan society.

As the former army major reaches the climax of his story – he has been asked if he was personally involved in the genocide – a harmonious ring comes from the man’s pocket. He pulls out his mobile phone and answers it, microphone still in hand; it is one of his army friends still serving in the FDLR in the Congo. It seems that even rebel guerillas deep in the heart of the central African jungle can get a mobile signal.

Though the idea of Hutu rebels with mobiles seems incongruous – they often barely have enough food to eat – it goes to show that the investment in telecoms in Africa is widespread. Those multimillion-dollar investments have helped get some much-needed FDI flowing into the region, proving that investment is one of the most integral components for sustainable growth in some of the world’s poorest countries, in regions that have been struck by natural disasters and in post-conflict societies.

“For a long time, aid agencies did not trust the private sector and vice versa – [it] was a suit versus sandals thing,” says Tony Kingsley, director of PricewaterhouseCoopers’ international development assistance network. “But they have finally recognised that the private sector is important in development and should be at the policy table along with the donor agencies, non-governmental organisations and governments.”

FDI’s proven track record in post-conflict/post-disaster countries can be traced back to the Marshall Plan (officially known as the European Recovery Program) after World War Two that helped western Europe recover from the devastation of the conflict. Some $13bn was invested between 1948 and 1951 that led to the post-war years becoming the fastest growth period in European history. Industrial output increased by 35% while agricultural production was higher than pre-war levels.

“Foreign investment is absolutely critical in helping these countries to get to the next level,” says Larry Spinelli, acting president of the Overseas Private Investment Corporation. “That first wave in post-conflict or post-natural disaster countries needs to be the humanitarian [aspect] but once the country is stabilised it cannot achieve that next level and whatever lies beyond that without FDI – it is impossible.”

As with western Europe after World War Two, there are countries that have taken full benefit of what FDI has to offer in terms of infrastructure, job creation and the knock-on effects of investment. As recently reported in fDi Magazine, Rwanda, thanks to a strong transparent government eager for investment, has reaped advantages of investments that have come in since the country’s civil war ended in 1994. “Over the past decade there is increasingly more and more recognition from leaders [that] aid is not the way to go, it is not the future,” says Mr Spinelli.

“You have to be weaned away and create a positive investment climate that is going to bring not only FDI, but also private sector investment that will flourish and grow,” he added.

Last year, thanks to large investments from companies such as Luxembourg-based mobile phone network provider Millicom, FDI in Rwanda increased from $414m in 2008 to $450m. “In Rwanda we invested $60m to get [our] licence and another $60m to build the network,” says Millicom’s CFO Francois-Xavier Roger. “You create wealth by creating jobs, and though unfortunately for the time being we have had to import staff, we are trying to develop local staff.”

Iraq has been another post-conflict success story in terms of FDI though investments were down last year due to the recession (from more than $20bn in 2008 to $3bn). However, in the first three months of 2010 Iraq has seen double the amount of investments than in all of 2007. Afghanistan, despite its continued instability, had its best year of investment last year with $2.96bn invested, up from $205m in 2008.

But other post-conflict and post-disaster countries have not been as successful in seeking out investment, due to problems such as government instability, political infighting, corruption and lack of protection for investors. Haiti, which suffered a devastating earthquake in January, was just starting to see investors interested in the country – the poorest in the Western hemisphere – when disaster struck. According to greenfield investment monitor fDi Markets, in 2009 the country saw $135m invested, up from $2.3m the previous year. So far this year no new investments have been recorded. “You really need to be a pioneer in these places,” says Mr Spinelli. “Look at Mozambique after the civil war ended – imagine if you had got in on the ground floor. There are still returns to be had but its not at the same level now.”

But there are, of course, important caveats about investing in countries that have gone through difficult times “FDI has no multilateral frameworks and that has been a shortcoming in the whole approach,” says Mansoor Dailami, emerging global trends manager in the World Bank’s economic development branch. Therefore, countries keen to get back on their feet have often been taken advantage of by contracts more beneficial to the investor. “Often these countries have no bargaining chips and no capacity to negotiate these deals,” says the Organisation for Economic Co-operation and Development’s head of private sector development, Anthony O’Sullivan.

Contracts for things such as the mining of natural resources also tend to not have any value-added advantages, with products being extracted and then taken out of the country for processing. “There now seems to be a trend where developing countries will put in conditions for technology transfer with the understanding being that there is a need to incorporate this know-how to become more high value and increase productivity,” says Mr O’Sullivan. “FDI can be good but only if certain conditions are met on the human capital side, the policy side and [fairness] in terms of deals being struck.”