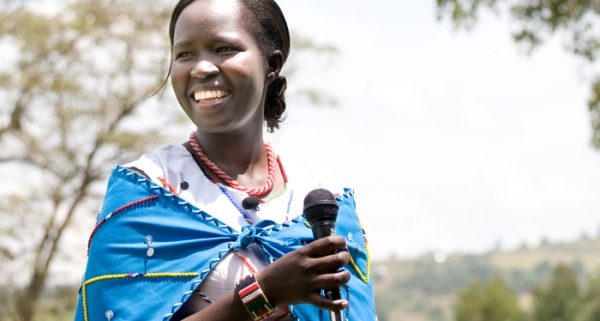 ENOOSAEN, KENYA: When Kakenya Ntaiya was 12 years old, her best friend of the same age got married. Kakenya knew that she — like most of the girls in her community in southwestern Kenya — faced the same future. She was already engaged to her neighbor’s son, and it was planned that they would marry after Kakenya had finished undergoing female genital mutilation (FGM).
Kakenya is a member of the Maasai tribe, found in Kenya and Tanzania, where FGM is commonly practiced. FGM, which is also known as female circumcision and female genital cutting, is the removal of some or all of the external female genitalia for non-medical reasons, sometimes with either a knife or a razor blade. Depending on the region, community, and custom, the procedure could consist of partial or total removal of the clitoris, or stitching up the opening of the vagina so that only a small hole remains for urine and menstrual blood and can only be opened through penetrative sex or surgery.

It is very painful and can be dangerous, as every year a number of girls die from undergoing the procedure. Human rights organizations and even the United Nations have called for an end to the practice, and the Center for Reproductive Rights, a global legal advocacy organization, said that “the act itself is, at its essence, a basic violation of girls’ and women’s right to physical integrity and violates a number of recognized human rights. FGM is therefore increasingly being discussed and addressed in the context of girls’ and women’s rights, rather than as a strictly medical issue.” Health risks, according to the World Health Organization, can include infections (including tetanus), urinary problems, shock, increased risk of childbirth complications, and death.

The girls in Kakenya’s village were raised to expect FGM followed by early marriage for their future, with no continuation of their education. But Kakenya had a different idea, and she made a deal with her father: She would undergo FGM, but once she healed, instead of getting married, she would continue on with her education. Her father — expecting her to be ill for a long time after the procedure — agreed, and she underwent FGM. “You go through pain that you are not supposed to talk about,” she tells Teen Vogue. “But I thought, I need to talk about this and I wanted to talk about this.”

Though most girls take months to recover, her mother — who went to school for a few years when she was young — found a nurse who helped Kakenya recover from the pain and trauma more quickly. “My mom was smarter than many of the boys she went to school with [and] would say, ‘If I did not drop out of school, I would be a member of parliament, I would work in a bank,’” Kakenya says. “So we were not dropping out, we were not stopping. And she saw us as fulfilling her dream.”

Kakenya finished school and decided that she wanted to go to college in the U.S. It took some time for her to convince the local chief of her village that further education was a good idea, and that it would allow her to come back and help her community. No girl in her village had ever gone off to college before, let alone to the U.S., and she wanted her community’s support for both political and traditional reasons. If the chief and the elders had forbidden her to go, it would not only have been very hard for her to go but it also would have meant that she would be alienated from her community and even her family.

Though she did receive a scholarship for her tuition and room and board at Randolph-Macon Women’s College in Virginia (now the co-ed Randolph College), she still needed to pay for her travel there. Once she had the backing of the chief, members of her village rallied around her to raise money by selling items such as eggs and mangos. The support from her community was highly symbolic of their hopes and trust in Kakenya.

Shortly completing her bachelor’s degree at Randolph-Macon Women’s College in 2004, Kakenya became a youth advisor for the United Nations Population Fund. She went on to earn a doctorate in education from the University of Pittsburgh in 2011.

Throughout her education and over the 17 years she has spent in the U.S., her promise to the chief — and her community — was always at the back of her mind. “Every year I would go home, girls were getting married and I was thinking, ‘why?’” Kakenya, now 38, says. “And over the years, people were talking about girls’ education and FGM but it was not changing the story in my village.” So in 2008, she set up a boarding school for upper primary and lower secondary years (the equivalent of fourth through eighth grade), but with one major requirement: In order to attend, the girls’ parents or guardians had to promise that they would not force them to go through FGM or force them to be married, and the girls would also learn to become advocates against these harmful practices.
Kakenya got land just outside her village of Enoosaen, about 250 miles from Nairobi, in 2008, and the Kakenya Center for Excellence (KCE) opened the following year.

That first cohort of girls are now about to graduate from high school, with KCE paying their school fees and supporting the girls financially through college as well. So far, the over 300 current students and alumnae have a 100% graduation rate from KCE, with a 0% rate of FGM and early marriage.
“With an education, a girl is more likely to be able to get a job, stand up for herself, and take on new opportunities,” Lakshmi Sundaram, the executive director of Girls Not Brides — a global organization advocating against child marriage across the globe, of which KCE is a member — wrote in an email to Teen Vogue. “She is more likely to decide if, when, and whom to marry.” KCE, says Lakshmi, is more than simply a school: “It also provides a safe space for girls and supports them to learn about their rights, to build upon their skills, and to dream about their futures.”

Prior to each new school year, hundreds of parents come with their daughters to the school hoping they will get one of the coveted 40 spots for Class Four (fourth grade). Choosing which girls are admitted is a tough process, and includes looking at exam scores as well as an interview process. But priority is given not only to kids at the top of their class, but also to those whose parents have passed away, whose parents have conditions such as HIV/AIDS, or who come from single-parent homes, particularly those who do not have mothers. “It is so hard and people will often say to us ‘you left out my kid, they deserve a chance,’” Selina Naiyoma, the deputy school director, tells Teen Vogue. “So we told Dr. Kakenya, maybe we can come up with more schools to take in more children.”

So this year, a new dorm is being built to house more girls. Kakenya is also in the middle of fundraising for a second school a few kilometers away that will go from nursery school all the way through high school. But until that happens and in order to expand girls’ empowerment and health, KCE each year runs weekend and weeklong camps for girls — and boys — from over 50 other schools, with teaching assistance that includes KCE students and alums.
Johnstone Shaai, a local pastor who sits on the KCE board, says girls get information at the camps that they would not have access to elsewhere. “They become agents of change,” he tells Teen Vogue. According to Selina, KCE students also stand out from other girls: “They walk in town and people say, ‘those are Kakenya’s daughters.’ You can easily see they are coming from this school because they carry themselves with confidence and no fear.”

Naomi Ololtuaa, 16, is one of those girls. Sitting on purple plastic chairs in the front room of their simple three-room mud house — decorated with colorful beaded Maasai necklaces hanging from the ceiling and blue tinsel strung up on the walls — she and her father, David, discussed the importance of education. Naomi says that after she graduates from Form 4 (the equivalent to 12th grade) in December, she plans to apply to pre-med programs at universities in both the U.S. and Australia, and once she becomes a doctor, she wants to come back and build a clinic in the area so that the Maasai could have good access to healthcare. “There is a ripple effect,” she tells Teen Vogue, “because with my education, it will help many more people down the road.”

The Maasai — traditionally pastoralists whose wealth is counted in the number of cattle they keep — are known throughout the world as fierce fighters and hunters. But they are also a patriarchal society where girls are often only valued for the dowry they can bring for their family upon marriage. According to Kenya’s 2014 Demographic Health Survey, 90% of Maasai girls are married off by the age of 15 and 78% of women and girls between the ages of 15 to 49 have gone through FGM.
But David, in a break from tradition, has become a fighter for education, making sure that his 12 children from two different wives (many Maasai are polygamists) finish school and go on to university. “It is important to educate girls,” he said, “because many of them will take that education and come back to help their community.” 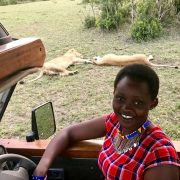 National Public Radio: ‘I Am A Lady But I Am Telling You, I Am Capable’ 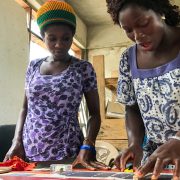 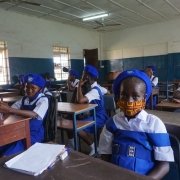 New York Times: Why Salzburg is a Must Visit for Classical Music Lovers
Scroll to top