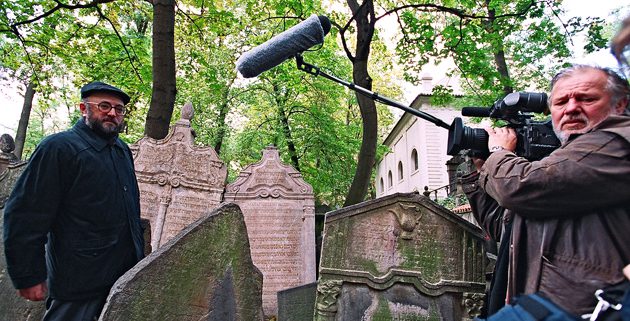 Locations around the world are competing to bring lucrative movie production – and a little Hollywood glamour – to their regions, and financial incentives are increasingly being used to attract film-makers, reports Ginanne Brownell.

Walking up the red carpet is never easy in a ball gown – just ask Vera Farmiga, nominated for several awards for her role in Up in the Air, who almost went flying as she paraded up the walkway of London’s Royal Opera House, where the British Academy of Film and Television Awards (Baftas) were being held, in February.

Ms Farmiga tripped in front of the press pack and then flashed an embarrassed smile, acknowledging that even international stars are mere mortals when it comes to the combination of high heels and long hemlines. Carey Mulligan, nominated for a Bafta for her role in An Education, also tripped on her Vionnet gown.

Luckily, what did not get tripped up that evening was how the Baftas successfully showcased London’s credentials as one of the world’s leading movie capitals; international stars such as Dustin Hoffman, Audrey Taotou and Uma Thurman, along with home-grown UK talent including Colin Firth, Joely Richardson and Kate Winslet, all came out to celebrate how London and the UK as a whole have increasingly become one of the most important locales for the making of movies, for post-production editing, visual effects – and celebrity-infused award ceremonies.

Thanks to films such as the Harry Potter series (the most lucrative franchise ever, according to the UK Film Council’s film commissioner, Colin Brown), Working Title productions Frost/Nixon and Notting Hill, and Nick Park’s animated classics, the UK film industry has seen substantial growth over the past decade.

While much of the success has to do with the local talents of directors, writers and actors, the incentives offered by the UK government have also helped to drive not only the indigenous industry, but also foreign film-makers, who have started looking at the UK as an alternative to the sound stages of Burbank in Los Angeles; Warner Brothers announced earlier this year that it would be investing £100m ($144m) in buying Leavesden Studios, where the Harry Potter films have been made.

Last year the UK film industry had its second best production year on record, with a total spend of £956m – up 56% from 2008 – and 2009 also saw the highest ever level of inward investment at £752m, a figure that has doubled year on year. Major factors behind the increasing growth of the UK film industry include the exchange rate and tax relief that is not capped.

But it is not just the UK’s industry that is booming; several countries, regions and states across the globe have seriously begun competing with Hollywood thanks to incentives, tax credits and other fiscal enticements that sweeten the deal for moviemakers.

“Incentives are referred to as soft money in Hollywood and I have heard [it] referred to as the new currency of the industry,” says Donna Zuchlinski, film manager of the Ontario Media Development Corporation (OMDC).

“Production companies here and abroad are increasingly not interested in looking at jurisdictions that do not have some form of incentive available to them.”

According to research from Olsberg/SPI, a London-based media consultancy that analyses film incentives worldwide, over the past decade the use of fiscal incentives by governments to attract film-makers has increased dramatically.

Incentives have become a growing priority among film-makers when making a decision about a location, with big Hollywood studios increasingly refusing to consider locations that do not offer some form of fiscal advantage, according to Olsberg/SPI.

Although there are budding film industries scattered around the world – Germany, Hungary, Ireland, Morocco, New Zealand and South Africa have become increasingly popular locations for international films – the need to import equipment and the cost of accommodation and transport can quickly diminish the cost advantage of lower-priced destinations.

Hence exchange rates, the ease of filming, international access and the quality of infrastructure and local services all play pivotal roles in choosing a location. “Clearly, fiscal incentives are a major part of attracting feature films into your area,” says John McVay, the chief executive of Pact, a UK trade association that represents film-makers.

“The point is that tax breaks across Europe and indeed elsewhere have two functions: to support the indigenous film community and also to offer incentives for inward investment, because US feature film production is the last great circus on the planet and will descend where conditions are right.”

From California to Canada

Ontario in Canada has long been at the forefront of offering film incentives – starting back in 1996 – to lure Hollywood producers north. Last year its overall foreign production spending increased by 114%, from C$126m ($118m) to C$272m, which was partly attributed to the Ontario government enhancing the incentives to include all eligible production costs in the province.

“There is no question that the Ontario government is a real leader in this regard [with] a real commitment to support the industry,” says OMDC president Karen Thorne-Stone. “As the shape of our economy changes and we rely less and less on manufacturing, creative industries are becoming real economic drivers and there needs to be tools and incentives to help ensure growth on a long-term basis.”

Premila Hoon, whose Entertainment Capital Advisors provides financial and strategic advice to entertainment companies, agrees that Canada as a whole has been proactive in attracting film industry investment.

“One reason US states started introducing tax incentives was that so much investment was being pulled out,” she says.

“The Canadian government sees the film industry as a big source of inward investment that helps to drive other things such as tourism and leisure, so [Canada has] been an incredibly welcoming place.”

US states have decided to try to get in on the action, with Michigan offering some of the most aggressive incentives in the US – a tax credit of up to 42% for production work, a 25% tax credit for infrastructure investment specifically designed for the industry, and a tax credit for providing on-the-job training. Film production in the state has increased since the legislation came into play two years ago, with 35 films completed in 2008 and 52 last year.

Across the Atlantic, Hungary has begun to emerge as one of the leaders in central and eastern Europe, taking over ground lost by the Czech Republic, which lacks incentives. According to Olsberg/SPI research, since a tax rebate, which lets producers recoup up to 25% of Hungarian and foreign spend, was put in place in 2003, the country has seen a 30-fold rise in production volume; a new studio with nine sound stages opened in Budapest on May 6.

While Chile, Finland and Norway are looking into instigating tax breaks, Serbia is considering implementing a new law that could include tax incentives for foreign film producers. A new studio has just opened outside Belgrade, featuring a 12-hectare back lot and nine sound stages, and the Balkan nation could prove to be one of the film world’s new hot spots. Ralph Fiennes, for one, has taken notice; he is currently making his directorial debut filming Coriolanus, co- starring Vanessa Redgrave and Gerard Butler, outside Belgrade.

Academy Award-winning producer and director George Lucas had some harsh words for the Czech government in May 2009 when he was producing a film in Prague.

“We found so much talent here and we were always happy to come back, [but] the Czech government hasn’t noticed that the world has changed,” Mr Lucas complained to a local Czech paper.

“The financial crisis is causing more problems for the film industry than almost any other business, so logically we are looking for the best conditions and nowadays they are offered in many countries in Europe.”

Mr Lucas’s words of warning over the country’s lack of financial incentives were taken to heart; last October, the Czech government approved a 20% tax rebate for productions shooting in the country that is expected to go into effect imminently if it is approved by the European Commission.

That should be a big boost to the Czech film industry, which had been a hot destination for Hollywood film productions, including Casino Royale and The Bourne Identity. However, because there were no enticing incentives in place, the country quickly started losing out to its neighbours; the money spent by foreign film producers in the Czech Republic fell by a whopping 85% from its peak of £177m in 2003 to £24m by 2008.

“The main reason producers said they did not film in our country was because we did not offer incentives,” says Ludmila Claussova from the Czech Film Commission.

“I am in touch with so many film commissions across the globe and I see how their governments understand the film business and the benefits for tourism and PR – and we are missing that here.”

Northern Michigan: Hollywood in the Woods?
Scroll to top