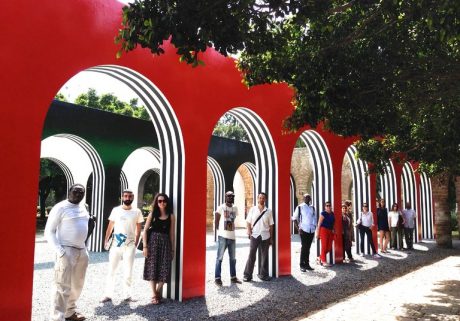 DAKAR, SENEGAL — Over a lunch of Asian noodles in the sunny back garden of Raw Material Company, an independent art space in Dakar, curators from around the world were talking recently of the obstacles they faced to pursuing their chosen profession in their home countries.

“An African parent says to their child, ‘The only career choices you have are to be either a doctor, a lawyer, an engineer — or a failure,”’ joked Tandazani Dhlakama, who worked at the National Museum of Zimbabwe. Her tablemates, who were from Mexico, Uganda, Senegal and elsewhere, roared with laughter.

Independent Curators International’s weeklong Curatorial Intensive program was set up to address this lack of awareness that curation can be a viable career option, among many other issues.

The program was started in 2010 with three or four sessions a year, in locales including Moscow, Istanbul, Beijing, Mumbai and Bogota. It now counts over 380 alumni, many of whom come from countries outside the Western art-world arc from North America and Europe. They work in a range of cultural enterprises, from national museums to running their own art spaces to working on freelance projects and publications.

The I.C.I.-trained curators are part of a growing network of passionate professionals raising the level and profile of art in their home countries and regions.

I.C.I. Intensive is one of several well-regarded curatorial programs around the world. The Asiko Art School takes place in a different African country every other year. The Madrassa program, organized by the Atelier de l’Observatoire gallery in Marrakesh, focuses on the Middle East and North Africa. Tate Modern in London also sponsors an intensive course that includes lectures by Tate staff and visits to exhibitions around the city.

The I.C.I. program, however, has no specific home: It moves among cities and host institutions. In March the program was in New Orleans, hosted by the Contemporary Arts Center New Orleans and Prospect New Orleans. In November the Metropolitan Museum of Manila will play host.

“We are an itinerant traveling organization,” joked Renaud Proch, the executive director of I.C.I., over drinks after an afternoon spent visiting the Dak’Art Biennale with other participants from the Curatorial Intensive program in June.

“It is a 21st-century model, which is beyond bricks and mortar,” he said. “And I think speaks to many emerging curators today who see their experience reflected in the structure.”

In Dakar, after a long day of presentations and introductions to their mentors for the week, the Intensive group had a casual dinner at Raw Material to get to know each other and talk about their plans for the coming week — not only in the program but what they hoped to see at some of the Dak’Art shows.

That informal bonding and banter over lunches, dinners and strolls around the host city’s museums, galleries and art spaces are just as important as the structured format, which includes lectures from visiting and local art professionals, seminars, and one-on-one meetings about projects the participants are working on.

Though participants do not earn any official certification once they have completed the program, the fact that they were participants gives cachet to many within the contemporary art world.

“I think they are really focused on developing a broad network and I think that is tremendously important,” Jay Levenson, the head of New York’s MoMA international program, said of the I.C.I. program.

I.C.I. was established in New York in 1975 to support independent curators and had been focused on putting together traveling exhibitions. When Kate Fowle took the helm in 2009, she wanted to do something to give international curators a support structure by creating a short program that would be suitable for professionals from across the globe, many of whom did not have access to curatorial studies.

The concept for the I.C.I. program grew out of Ms. Fowle’s experience co-founding the masters program in curatorial practice at California College of Arts in 2002. The San Francisco-based school was only the second institution in the United States to have a dedicated program focused on curation (London’s Royal College of Art was the first institution to set up a permanent two-year masters course, in 1992).

“There is a value to doing a curatorial masters degree on many levels,” said Ms. Fowle, who is now chief curator for the Garage Museum of Contemporary Art in Moscow. “But say you are based in Zimbabwe and you have heard the hum on the outside of how curators are working and you really want to get to know more about international curatorial practice. You maybe cannot take two years out and spend $200,000 out of your pocket for studies. So this program kind of opens things up.” Competition for the Intensives is fierce; there were 85 applicants from 30 countries for the 12 spots on the Dakar program. The selection process takes into account the candidate’s practical experience in curation and arts management. The selection committee also takes into consideration whether a specific Intensive is the right one for an applicant, and how that applicant’s research and field of interest might complement the group.

Participants either pay their own way or apply for scholarships, often paid for by local institutions or government ministries. The goal is an international mix — the Dakar program was split evenly among local, regional and international participants — though some host countries have required a certain percentage of participants from that country.

The first Intensive was based in New York; it received 170 applications for 12 openings.

“It did seem to meet a demand,” Mr. Proch said.

“It was insane,” María del Carmen Carrión, I.C.I.’s director of public programs and research, said with a laugh. “Many places we have gone, there is no curatorial training. So it is not even the alternative to something that exists, it is the only possibility.”

“Many people who joined the program were like, ‘No, I am not a curator, I am a journalist,’ or, ‘I run a space,”’ Ms. del Carmen Carrión said, “so even the self-identification was completely different.”

Sara Hallatt, who runs the Johannesburg-based art space Bag Factory Artists’ Studios, which hosted I.C.I.’s first Intensive on the African continent in 2013, said that the program was revolutionary in countries where there are few opportunities for curators to increase their scope.

“If you are in a place like India, China, South Africa or Senegal, where we don’t have many of these institutions or opportunities or academic facilities, it is amazing to have their insights and the opportunity to meet and speak and network with people who have done it around the world,” she said.

Participants at the Dakar session agreed. “I think my family supports the idea of me being freelance,” said Ms. Dhlakama, who completed a master’s degree in museum studies at the University of Leeds in England and a six-month training program in Cape Town before coming to Dakar. “But they have had moments of, What are you doing? Why aren’t you employed full time?”

Her compatriot Fadzai Veronica Muchemwa, a former teacher who now works as an assistant curator at the National Gallery of Zimbabwe, had a similar story.

“Loads of people thought I was crazy to leave a steady job for an uncertain future,” she said. “I suppose at some point you have to take that bold step to make a change.”

For some applicants, the programs are not just a chance to add skills to their résumés, but also to explore a new art scene.

Riason Naidoo, an independent curator from South Africa who has served on the faculty of three Intensives, said that while London, Hong Kong and Paris are recognized art capitals, “these other cities — Addis Ababa, Johannesburg, Dakar, Marrakesh — have very rich art traditions in their own right.”

Shahana Rajani, a curator from Karachi, Pakistan, said she was drawn to the program in Marrakesh in 2015 precisely because of its location.

“Despite a globalized art world, most educational platforms such as curatorial programs, seminars and conferences are based in North America or Europe,” she said by email. “I was excited by the chance to engage in south-south dialogue/exchanges and develop new knowledge-sharing networks.”

The networking aspect is indeed a strong draw of the program. The I.C.I. hosts alumni dinners at events like the Venice Biennale, where last year about 30 former participants attended.

“The contacts we make here will be lifetime contacts,” Ms. Muchemwa said, “and it will make the curatorial practice on the African continent easier.” 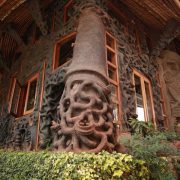 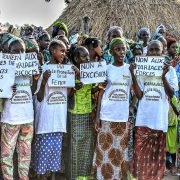