NAIROBI, Kenya — The artists who make up the art collective Brush Tu are a convivial bunch, trading jabs and funny anecdotes in the midmorning sun on the back patio of their studios and exhibition space in the neighborhood of Buruburu. But Michael Musyoka, a painter and co-founder of the group, said that being introduced at family weddings as an artist could be a bit tricky.

“People will say, ‘Oh that one is a lawyer, and that guy over there is an architect’ so when it gets to me it’s, ‘Oh, that’s Michael and, well, he’s …’ and they will trail off,” he said, laughing. He said that many Kenyans did not see being an artist as a proper job.

“When you tell people you are studying ‘fine arts’ they pause and then ask, ‘finance?’ ” Peteros Ndunde, a video artist, added with a smile.

But, joking aside, the art scene in Nairobi is in the midst of intriguing change and growth. Collectives like Brush Tu (whose 12 members include photographers and painters like Elias Mung’ora, who recently had one of his paintings purchased by Kenya’s first lady Margaret Gakuo Kenyatta) are helping lead the way for art to be seen as serious business, and also for bolstering arts education, curation and promotion.

“Now artists have decided since no one is doing this for us, we are going to have to be the ones preaching the gospel of art,” said Brush Tu’s Waweru Gichuhi. “The middle class will find that more Kenyans are buying art, art scene is growing and everything is in transition.” That word — transition — keeps popping up these days in discussions about visual arts in Nairobi. There are a growing number of Kenyan artists who are gaining strong reputations abroad — Wangechi Mutu, represented by London’s Victoria Miro Gallery (participants in this year’s Art Basel), has a solo show at the Institute of Contemporary Art/Boston until the end of the year while Peterson Kamwathi has an exhibition at London’s 50 Golborne Gallery and Jackie Karuti received the Young Artist Award at the Cape Town Art Fair last year — and that helps feed interest in the local art scene.

There is also a lot of change happening on the ground. In May “Nairobi Contemporary,” a new quarterly art magazine, was started by the artist and curator Thom Ogonga, and “Visual Voices,” a coffee-table book featuring some of the country’s most important artists, was published last summer.

Because the government provides very little support for visual art endeavors, collectives like Brush Tu, The Nest, Maasai Mbili, Kuona Artists Collective and the GoDown Arts Centre (the Oscar-winning actress Lupita Nyong’o of Kenya recently visited GoDown and tagged herself on Instagram) have taken up the mantle on everything from residencies and workshops to curating projects and advocating for the arts.

Jimmy Chuchu, a photographer from Kenya who co-founded the Nest Collective, a multidisciplinary group of artists, in 2012 said that the lack of support and infrastructure for artists in Kenya had meant that artists have had to rely on themselves. “So you do not have any sense of what it would be like to work in an environment that is sustaining,” he said.

But art spaces like Circle Art Agency, which in March held its fifth annual modern and contemporary art auction that is the only one of its kind in East Africa, and ARTLabAfrica, are becoming staples at a number of international art fairs.

“The artists and the cultural producers are literally fed up that nothing is happening and they are making stuff happen for themselves, which is fantastic,” said Lavinia Calza, the founder of ARTLabAfrica. “It is incredibly exciting.”

One of the most profound shifts happened in September with the closing of Kuona Trust — an organization founded in 1995 that had become the go-to space for local and visiting artists, curators, collectors and art managers.

Kuona (“to see” in Swahili) — which ran out of funding and also had an alleged misappropriation of funds — included not only studio spaces, but also offered exhibitions and peer-to-peer workshops with international artists and residencies. One alumnus is Ugochukwu-Smooth C. Nzewi, the curator of African art at the Cleveland Museum of Art.

“Pretty much for 25 years Kuona was the center of everything that was going on here in the contemporary arts,” said Danda Jaroljmek, a co-founder of Circle Arts Agency who ran Kuona for eight years until 2012. “Previous to Kuona, the work that was being made here was very decorative and very market driven for things like tourism and hotels.”

The Trust’s scope also gave Kenyan artists a chance to interact with each other, something that many had never done before. “I started engaging in that community, and it was the space I developed a certain language and techniques,” said Mr. Kamwathi, who last year was one of the featured artists in the Kenya Pavilion in Venice. “We really all are children of that space.”

In December, the Kuona Artists Collective opened on the same grounds where the Trust had been. It is an artist-run space and is controlled by artists offering studio space, art open days and residencies.
Image “It is experimental on some level because this is not our job, it is just something we found ourselves in by default,” said Dennis Muraguri, one of the collective’s four committee members whose woodcut prints focus on urban life in Nairobi. “When I started out there were fewer galleries and they already had their artists, so how do you get in? So this idea of artists-run projects gives people more of a chance.”
As more Kenyan artists study abroad or take part in exhibitions in other countries, it influences the scene at home and also garners international interest.

Brush Tu co-founder David Thuku said Kenyan artists had done the pastoral scenes and the portraits, but they were now doing art in different ways. “Our art is changing,” he said.

Ms. Karuti — who last year started “I’ve Been Working on Some MAGIC,” an online platform engaging Nairobi artists in collective curatorial projects and writing — agreed. “There is a definite switch in Nairobi from a few artists in approaches to art production where a deliberate way of thinking is being applied,” she wrote in an email, “where focus on the process rather than the outcome is emphasized.”

What is also increasing is a sense of community within the area’s art scene, and a recognition that helping each helps everyone; Brush Tu and the Nest, for example, have had discussions around a number of aspects that need improvement.

“Artists are seizing more opportunities and stepping up where there are deficiencies,” Mr. Ogonga wrote in an email. “It is definitely an excellent time to be an artist and to experience these moments without looking for excuses for not being active participants.” 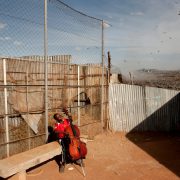 New York Times: No Need to Hire A Babysitter For These Concerts
Scroll to top