LONDON — It turns out, the hay bales caused it. Sitting in a cafe a stone’s throw from the Royal Opera House in London, the opera singer Pretty Yende of South Africa whipped out her smartphone to show an Instagram photo of herself in a surgical mask during rehearsals for her London debut in the opera “L’Elisir d’Amore” in May. She had come to London two weeks earlier for rehearsals for her role as Adina, and for the first two days she could not stop sneezing.

“I thought, ‘It is London, it is worse than Milan, and it is this time of year and you expect it,’ ” she said referring to pollen allergies and adding that when she is not traveling she resides in Milan. “But the moment I entered the rehearsal room the worse it became,” and in her apartment that night she was convinced she was getting a cold.

But the next day she realized that the small rehearsal room was filled with raffia — palms that are found in tropical parts of Africa — made to look like hay bales for props for the opera, and it (or the dust on it) got her allergies churning, and she had to take a week off. She asked for a mask to use during rehearsals, and found that it actually helped her become more conscious of her sound. Once the raffia was moved onto the large stage, her allergies calmed down.

“It was interesting technically because I found and learned things I was not aware I was doing,” she said. “The sound that comes out, I do not need to open my mouth so much.”

She will reprise the role of Adina — minus the allergies, she hopes — at the Metropolitan Opera in New York in January and will also perform the title role in “Lucia di Lammermoor” at the Met starting in March, a role she will also perform at the Deutsche Oper Berlin later this month. It is a busy time for the 32-year-old, who will be performing in “Fra Diavolo” at Teatro Dell’Opera di Roma in October and “La Fille du Regiment” at Seville’s Teatro Della Maestranza during November and December — and her second album, “Dreams,” will be released at the end of October.

Next March and April she will be at the Opera Bastille in Paris in “Benvenuto Cellini,” and she will perform a solo concert at Carnegie Hall in New York in early June.

Ms. Yende’s rise as one of the opera world’s newest stars has a similar plotline to a dramatic operetta. She grew up in Piet Retief, a town on the border of Swaziland. She made her debut at the Met in 2013 in Rossini’s “Comte Ory,” filling in for the soprano who had become ill, and tripped when she was exiting the stage.

“She stepped in fairly late and learned it with the speed of someone with great talent, youth and able to memorize things quickly, and she had enormous success,” said Peter Gelb, the general manager of the Met. “You could call it a triumph.”

She said she always had music in her house growing up, but not opera, and her original ambition was to be an accountant.

“My first solo career began when I was 5 years old,” she said, “and my granny would teach me songs on the way to church, and that was when the seed was planted.”

Ms. Yende said that she was a church youth leader when she was in her teens and the confidence to stand in front of people came from that experience. She saw a television ad for British Airways that used the ethereal “Flower Duet” from Leo Delibes’s “Lakme,” which she credits with getting her hooked on opera.

At 16 she won a choral award that enabled her to go to Cape Town and audition for the singing program at the University of Cape Town’s South African College of Music.

“I got this phone call from this really young person saying, ‘Hello, good day, my name is Pretty Yende and I am coming to your city and you must be my teacher,’ ” said Virginia Davids, her music teacher. “I remember saying to my husband, ‘Can you believe this little student?’ And of course she came the next year for an audition with a good voice and I said to her: ‘Do you know why I took you? Because you were so insistent and I admired the guts that you had for such a young person.’ ”

“Even when she would come in and sing her exams, her examiners would put down their pens and say, ‘We are going to get a performance,’ ” she said. “You can feel she really loves the art form and that is a very special quality to have.” In 2009 she won the Belvedere Singing Competition in Vienna, which led to a place at the Academy of La Scala later that year. It was during her time in Milan that Bogdan Roscic, president of Sony Music Masterworks, first met her and discussed where she wanted to go with her career.

“In our world, if I look at the label side of things, it is of course about the voice and the musical ability,” Mr. Roscic said. “But you are looking for something over and above that. You can call it what you will — you can call it star quality, you can call it personality — and we felt she had it.”

Mr. Roscic told her that when she felt the time was right, Sony wanted the chance to work with her. “She could have signed up with a major vocal management immediately and start being represented and getting bookings at major opera houses,” he said. “But she decided, very wisely, to stay at La Scala to finish the program and take her time.”

In the end she did sign with Sony and last year released her debut album, “A Journey.”

And now Ms. Yende, who said she relaxes by cooking and listening to Ella Fitzgerald, has become a role model.

“She is such a huge inspiration to singers in South Africa,” said Ms. Davids, who now teaches Ms. Yende’s younger sister.

Mr. Gelb agreed, adding that Ms. Yende was the first opera singer from the Met to perform on the popular United States show “The Late Show With Stephen Colbert.”

“She is one of our rising stars,” Mr. Gelb said. “She is at the first part of her career and what will determine if she will have a truly great and legendary career is how she develops even further as an artist. And I have every reason to believe she will.” 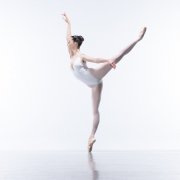 New York Times: My Watches Were in a Fire, Now What?
Scroll to top