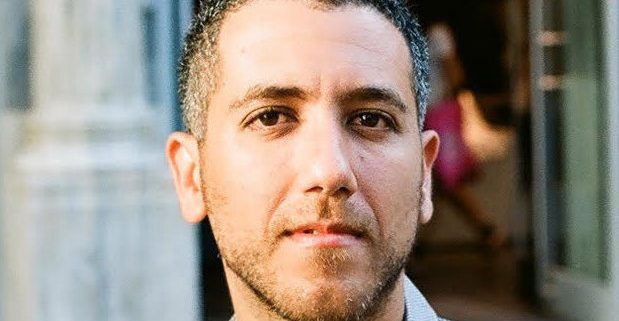 LONDON–For his fifth birthday, Offir Dagan’s parents took the electronic innards out of an old black-and-white television set and turned the wooden case into a puppet theater for their son.

Shlomo and Dorit Dagan didn’t realize it at the time, but their gift would put him on his career path — he now is 36 and a choreographer, performer and artistic director for professional dance training at the Bikurey Ha’Itim Art Center in Tel Aviv.

“I come from a huge family,” Mr. Dagan said, “and all my cousins had brothers and sisters, so I was bored when I was home by myself.”

At the time, Israel had only one television station, which played an hour of children’s programming a day, so television was a magical and powerful thing to a young boy. “I was very excited because it was the first time my parents got me, they understood what I wanted,” he said. “And because it was television, which was made to watch something, it felt to me that it was more than a puppet theater. It was inside a television, people wanted to watch what was going on in it.”

The front and back of the gutted TV had red curtains and between them, Mr. Dagan would act out stories with the puppets his grandmother had sewn for him. (One, which he does not have any longer, was a green cactus made from corduroy).

Mr. Dagan described one performance for his mother, in which the future artistic director not only controlled the puppets but would run around the theater to narrate the scene for his captive audience of one. “When you are in a puppet theater, you do not connect to your audience and you are in your own world,” he said with a laugh. “When I went out to do the dialog, I saw my mother was bored so I stopped everything and I asked her if it was really boring. She told me ‘I think you need to rehearse more; it is not ready yet.”’

For his 10th birthday, his parents got a carpenter to make a larger theater, and he performed at his cousins’ birthday parties, using puppets he had made from papier-mâché and Latex.

As an adult, after his compulsory army service, he went to Italy to find a school where he could study puppetry. In the end, however, he decided to focus on dance, studying in Paris and New York.

But, he said, it continues to be one of his great loves. “Puppetry is one of the biggest influences in my life, seriously,” Mr. Dagan said. “I now teach physical theater, and part of my classes is teaching how to manipulate puppets. I am even sometimes working in theater as an instructor on how to use puppets.”

The fact that his parents made the theater for him, he said, meant a lot at the time — but means much more now. “Though my parents did pay for school, in my head, I thought they never supported my artistic side,” he said.

“But now, this makes me realize they did.”

For a professional-looking puppet, puppetproject.com offers basic kits starting at $15, materials to individualize your puppet and tutorials that are more for parents than children. The famous F.A.O. Schwartz, now just the online toyseller fao.com, has the Muppet Whatnot Workshop (around $80), which allows you to choose the shape, hair, eyes and clothes, then provides an image of the finished toy that will arrive two or three weeks later.

Adventure-in-a-box.com has measurements and photos; inhabitots.com describes how to build a theater from recycled materials. For less handy parents, the theater kit at smythstoys.com has easy-to-fit pieces, four puppets and a curtain for 19.99 pounds, or $31. Or, for variety, thekidswindow.co.uk sells the Telltale Theatre and Shop, a theater that transforms into a store (£43). Could be a great place to get intermission snacks.

New York Film Academy runs several summer camps, including acting, film and 3-D animation, in both New York City and Los Angeles (a one-week acting class for film is $1,100, at nyfa.edu). The Helen O’Grady Drama Academy is a global network of theater schools — the name is franchised — and offers courses year round (helenogrady.com.au/international).

If your child is more of an artist than an actor, doodleyourtoys.com, a business based in Croatia, just needs a photo, sketch or painting to create a small toy for £49 or a larger one for £59. Similar services are offered by childsown.com, in Canada, and traposemonstros.net, in Portugal.