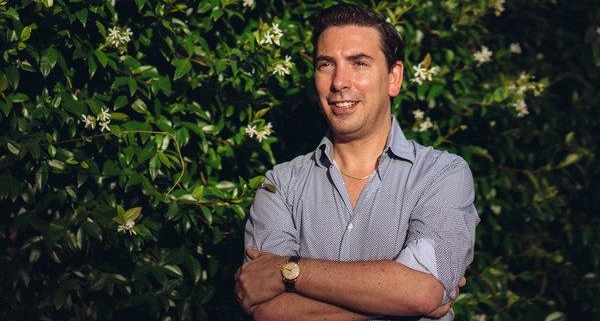 That’s because when it’s warm out, and his sleeves are rolled up, the vintage IWC model — with rose gold lugs and a honey-hued face — is something of a showpiece.

About seven years ago, Mr. Kaye-Byrne and his mother, Lynne Kaye, came across the timepiece in one of her jewelry boxes. They determined that it had been there, forgotten, since her father’s death 27 years before, and Mr. Kaye-Byrne said he would like to have it, even though the glass was scratched and the leather strap in bad condition.

Ms. Kaye took the watch to a repair shop in the Hatton Garden area of London, where she paid a few hundred pounds to have it restored, a process that took about two weeks. She presented it to her son on his next birthday, saying the repairman told her that it dated from the late 1940s or early ’50s and that it had to be wound, backward and forward, every day.

“It takes more of an effort, and I like it for that reason,” Mr. Kaye-Byrne said, adding that he had always favored vintage accessories.

There’s no way of knowing how many watches are tucked away in drawers, safes or jewelry boxes around the globe. If you’re lucky enough to rediscover one, what do you do next?

First, said David Silver of Vintage Watch Company, a shop in London, do not rush out and get it repaired without a bit of thought. “Only have something restored or repaired if you actually plan to keep it and enjoy it yourself,” he said. “You can spend a lot of money having things restored that you will not necessarily get back in value when you go looking to sell them.”

(Recouping costs may not be the only consideration. Some experts saythat repairs, even simple cleanings, can diminish the resale value of vintage watches.)

Also, repairs can be expensive, even if the watch itself was not. “If you are spending £1,000 on a midrange watch to be repaired, it may not be worth it,” Mr. Silver said, “except if you are keeping it for sentimental value.”

Identifying the watch brand usually is simple: Most makers stamp their names on the dial, often including the model name. If yours doesn’t have that information, said Oliver Pollock of Luxury Watch Repairs in Hatton Garden, “the serial number is often engraved on the case, and each major brand usually has a format they go by for these.”

Checking out the watch brand online won’t commit you to any course of action, of course. So look at the maker’s site for information and find a few good watch discussion sites, particularly ones that focus on your watch’s brand.

If you decide to get your timepiece fixed, the heritage departments at luxury watch brands have long provided repairs, but many midrange brands like Longines and Bulova also have official service centers or providers. Mr. Pollock said his company, for example, received a large number of Longines each week for repair.

In the United States, Japan and many other countries, the number of independent repair businesses has declined sharply. So “many modern watch brands prefer to repair their watches in their own service centers,” said Jack Forster, editor in chief of the online watch magazine Hodinkee.

If your watch’s brand isn’t among them, the online discussion forums that you checked initially also can be a good place to look for recommendations. “If you live in a city where there is a community of watch enthusiasts,” Mr. Forster said, “getting in touch with some folks from the collector community can be a big time saver, especially if you’re trying to find a reliable watchmaker for the first time.”

Referrals also can come by word of mouth. “If you have a local jeweler in your area,” said Mr. Silver, whose family company specializes in Rolex, “they are often more than happy to recommend a specialist dealer if they cannot help you directly.”

Also, some countries have organizations that represent the watch industry; for example, the British Horological Institute has a website with a list of accredited repair businesses and their brand specializations.

Once you have found a reputable watch repair business, ask for an estimate, which could take time if the watch has to be opened and examined.

And if you seek a second or third opinion, you should know that the estimates of even the most reputable repair businesses are likely to vary. “No two people are going to give you the exact same price,” Mr. Silver said. “It’s the same, like tradesmen or builders, whose numbers can vary widely.”

Most businesses offer a warranty, so you can take any problems back to them and there should be no additional charge. But if the issue still isn’t resolved, Mr. Silver said, you can express your frustrations about a recommended repairer to an organization like British Horological.

If you decide on a sale, many auction houses ask that you send them photographs of the timepiece, noting, for example, if there are inscriptions on the case or any wording on the face, and including as much detail as possible about its provenance.

Jonathan Darracott, the global head of watches at the London auction house Bonhams, recommends that the watch be valued before any repairs are made. “Leave this ’til after you have decided to sell or not,” he wrote in an email interview. If you do decide to sell, he added, you should let the new owner be the one to decide whether to restore the watch or leave it in its original state.

Mr. Darracott also said that no one should hesitate to offer a watch to an auction house just because it is not a top brand. Bonhams has high-end watch sales but also has auctions for midlevel watches, and he added that there recently had been a lot of growth in sales.

What auction houses and watch repairs cannot value is what a timepiece, even one that has been languishing at the back of a drawer for decades, might mean to its owner.

“One of the things that gives watches so much sentimental value, especially for men, is that they are such an intimate part of a person’s life, especially if it’s something that’s worn every day,” said Mr. Forster, of Hodinkee. “It’s not very rational, but there is something talismanic about a watch that someone one is close to wore every day of their lives; it’s like you’re carrying a little piece of them around with you.”

For Mr. Kaye-Byrne, that certainly has had big appeal: “I did not know my grandfather well so it is nice to have something of his, a family heirloom.”

New York Times: A Voice for Art From North Africa and the Middle East
Scroll to top