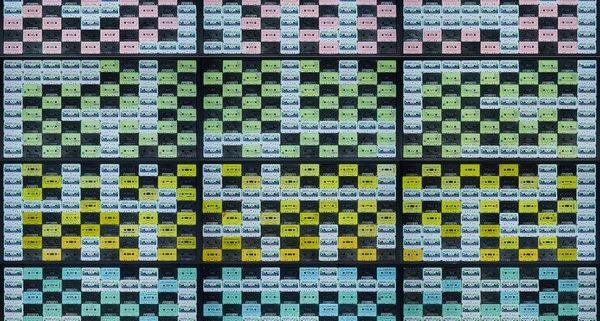 The exhibition will feature new pieces from the artist, who, by reassembling items that were once of great importance in popular customs — like cassette tapes of religious lectures from the 1980s and enameled dishes that were part of the region’s nomadic food tradition — creates a social commentary on contemporary throwaway culture and the loss of traditions.

“Selma is a really fascinating person who has built up an incredibly strong program of artists largely from North Africa and the Middle East,” said Noah Horowitz, Art Basel’s director of the Americas and the chief of the Miami Beach fair. “We are conscious in our shows to bring in other voices, and whereas a majority of galleries and artists that will be on view in Miami are from the Americas, clearly an exhibitor from Tunisia working with a Saudi artist is really interesting.”

In a sense, it is the perfect show for Ms. Feriani, 38, to introduce her Tunis-based gallery to a new audience in Miami Beach: In addition to offering the opportunity to work with female artists, it also features art that has a political or social context — two particular draws for her. (Her gallery has been active at the Art Basel fairs in Switzerland and Hong Kong in the last few years.)

Born in Tunisia, she has become a global leader in the promotion of contemporary artists from the Middle East and North Africa, not only by participating in fairs like FIAC and the Armory Show, but also by working with institutions on shows with artists that she represents (one of them, Ismaïl Bahri, just had a one-man show at the Hermès Foundation in Brussels).

“I like artists who actually work on historic moments, coming up with things that we are hiding, we are not allowed to talk about,” Ms. Feriani said. “Artists are able to put these subjects in front of the public and give them the opportunity to discuss it, criticize it and give their opinion.”

That programming was something that collectors like Adel Hamida, a Tunis dentist, were drawn to. What made him “stick with her as a gallerist is her special approach to the triangular relationship between the gallery, the artist and the collector,” he wrote in an email. Ms. Feriani, he said, “always tries to make me understand the artists’ way of thinking and the different techniques artists uses to reach their idea.”

Ms. Feriani also wants to create a stronger arts infrastructure in her country. Without a contemporary art museum in Tunisia, and with many collectors interested only in more commercial decorative art, she said, she understands the importance of working closely with collectors and art enthusiasts on education and engagement. She has also worked to build the community, offering artist residencies and free studio spaces where they can work on projects.

And though she does not work exclusively with female artists, Ms. Feriani has been eager to promote them. “Female artists have less chance to show their work versus male artists in collections and in museum and gallery shows,” she said. “Women artists come up with this critical but poetic interpretation of things. They have their own twists in presenting things and engaging, but also translating a situation into an artwork.”

That was something Ms. Malluh said she was drawn to in working with Ms. Feriani. “She is a very capable and experienced gallerist with a strong sense of knowing which type of art will appeal to her clients,” Ms. Malluh wrote in an email. “I am fortunate to work with her.” 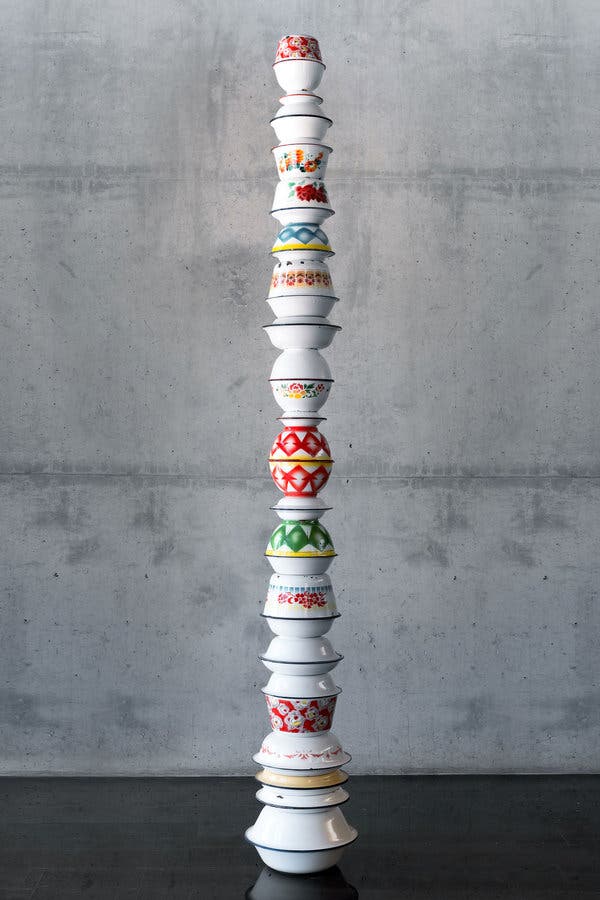 Alia al-Senussi, a Libyan-American academic and consultant and an Art Basel representative, said Ms. Feriani was a pioneer when it came to promoting art from the Middle East. Ms. Feriani “understands the art world, but she also understands the region,” she said. “She has a wonderful eye.”

That eye for compelling art was developed over the decades, thanks in large part to Ms. Feriani’s mother, Essia Hamdi, a gallerist who runs Le Violon Bleu in Tunisia, where she shows modern art. “She was the one who really put me on this journey, taking me almost everywhere with her,” Ms. Feriani said over coffee in London, where she was showing work at the 1-54 art fair. That included visits to artists’ studios, attending exhibition openings and going to art auctions while she was growing up.

After obtaining a degree in finance and working in asset management in both Scotland and London, Ms. Feriani began collecting art from the Middle East and North Africa. But she soon understood that the artists that she had grown up seeing in exhibitions and getting to know in their studios were not very well represented outside the region. “I looked around and realized very few galleries were showing artists from the Middle East and North Africa,” she said. “And I thought, ‘Why not do it?’”

So in 2009 she set up her gallery in London, though she had few contacts outside the world of banking and finance. “It was very difficult to bring an artist to show here from the Middle East,” she reflected, saying there was a lack of interest and money.

“Even if you went to the big art fairs around 2010, you would not find that many artists from the region,” she said. In the spring of 2013 she moved back to Tunisia and decided to open a gallery on the outskirts of Tunis (her London gallery for the last few years has served as more of an administrative space, though she will be moving it to West London and reopening it in the spring). “The idea for me to open the space in Tunisia was to follow the artists, so I can take their practice forward and make the work universal,” she said.

“I want to be a reference there for promoting artists from our region and together take the art scene in Tunis to another level.”