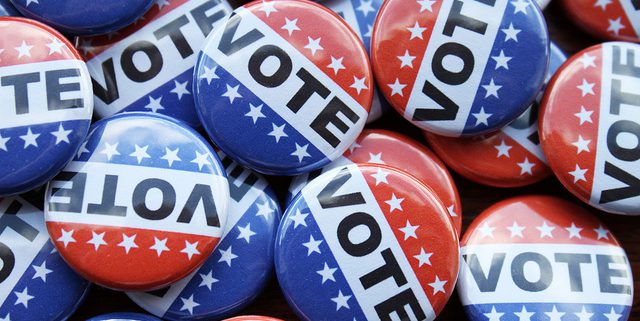 LONDON—Every four years, U.S. expats hear the same story: that this U.S. presidential election will be a tight one, and that it is crucial for registered voters to get out and vote—and for those who are not registered, to do so soon, because every vote counts.

The choice between Hillary Clinton and Donald Trump may be one of the most intense in recent memory, with supporters on both sides of the aisle passionate for their candidate with an equally burning hot hatred for their rival. For the more than three million Americans living overseas, the vote matters even more since the very close 2000 runoff between George W. Bush and Al Gore (remember Florida’s hanging chads?). In other words, expat votes are once more in the spotlight.

This is the fourth U.S. election where I will be voting in absentia. Thanks to the wealth of information out there now for overseas voters, the process is much easier this time. When I was living in Warsaw in 2000, the process of registering as an overseas voter felt circuitous, with even more confusion about what I did once I got my ballot.

I was not the only one who felt this way. At the time, the Department of Defense-run Federal Voting Assistance Program (fvap.gov) was more focused on voter assistance for those in the military. In 2004, former software executive Susan Dzieduszycka-Suinat, a German-based American who volunteered to help overseas Americans register to vote, was frustrated by the antiquated forms. She also found that the booklet with the contacts for states’ election offices was out of date. So she founded both the Overseas Vote Foundation and the U.S. Vote Foundation, automating all the states’ voting information for overseas voters.

“We put it online six weeks before the election of 2004 and 80,000 stormed the site, bringing it to its knees,” she recalls. “That proved that there was a tremendous pent-up demand for online voter services for overseas voters.” Since then, both the Overseas Vote Foundation and the now-useful Federal Voting Assistance Program websites offer overseas voters loads of helpful information.

The main confusion about overseas voting is that each state has different rules and dates for requesting a ballot and sending your vote in. Both fvap.gov and overseasvotefoundation.org have plenty of information, including not only each state’s deadlines but also how each state will accept requests and ballots—with some states accepting them only through the mail while others accept them online or by fax. There is also online help for questions, for instance, about whether your child who has never lived in the U.S. can vote (the answer depends on the state), or when will you get your ballot (they have to be sent out 45 days before the election if you have already made a request, but if you request your ballot less than 45 days before the election, it will be sent out immediately).

“Right now is a hot time for overseas voters to request their ballot,” says Ms. Dzieduszycka-Suinat. “Even though we are overseas, we don’t have to feel far away on the voting front, not with all that is in place. ”

Here is a brief guide to voting overseas.

REGISTERING AND REQUESTING ABSENTEE BALLOTS: Go to the Overseas Vote Foundation and register on the website for your state. Then either mail the form or, if your state allows, scan it and send as an email or fax with your signature. Their video has the easy step-by-step process. Or apply by filling out the Federal Post Card Application, the registration and ballot request form accepted by all states and territories, at fvap.gov. If you live in a country with a good postal service, Ms. Dzieduszycka-Suinat recommends mailing the ballot request. Otherwise, you can arrange to drop it off at your U.S. embassy or consulate.

CHECKING BALLOT REQUESTS: If you are like me and want to double-check that your request has made it to your county or township office, call or email to check. The county clerk’s office in Flint Township, Michigan where I am registered to vote were fantastic and confirmed that they had received my request, double-checked where I wanted my ballot sent and told me when I should be looking for it in the mail. According to the FVAP’s Katherine J. Roddy, some states or election offices confirm receipt, but not all do. She adds that states or election offices are required to notify the voter if for some reason they reject the form, but they are not required to notify the voter if they’ve successfully processed the form. Ms. Roddy recommends that voters contact their election office to confirm their status.

KNOWING DEADLINES: Some states require that absentee ballots have to be postmarked by a specific date, while others have to receive those ballots by a deadline. Both the FVAP and Overseas Voting Foundation have state-by-state dates listed so, for example, if you are registered in Delaware, your ballot has to be received by Nov. 8, 8 p.m. Eastern Standard Time.

BACKUP BALLOTS: If for some reason you have not received your ballot by Oct. 8, 30 days before the election, Ms. Roddy recommends using the backup Federal Write-In Absentee Ballot (FWAB), which not only is available on fvap.gov but also provides online assistance. Even if you receive your state ballot after you’ve already submitted your FWAB, Ms. Roddy recommends that you still fill out and return the state ballot, since the write-in ballots are only counted if your state ballot was not received by the deadline.