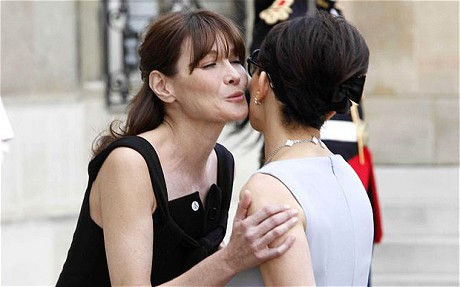 I once had a very cringeworthy exchange with a British army colonel at an exhibition opening. We had met a few times for interviews and also exchanged friendly emails, but in my mind our relationship was still on the handshake level. So when we saw each other, I went for the handshake and he went in for a kiss. It ended up being a very cloddish and uncomfortable greeting.

For my first several years going to “the Continent,” I would get taken aback with having to give two kisses on the cheek in Paris, while in Poland (where I lived for a time as well) and Russia, it’s three kisses. Here’s something of a guide to kissing in Europe, which may help you save face when giving greetings.

One kiss on the right cheek: This is the British kiss. You lean in so that your right cheek either touches the cheek of the person (but being British, they usually don’t like that close contact) or you get somewhere in the vicinity of their right cheek and make a smacking sound. Or you can make a “mwah” noise, if they are a closer friend, to show there is warmth and affection behind your greeting.

Two kisses: This is pretty much the standard across Western Europe. In Paris, they lean in with the right cheek and often do those super fake air kisses, going really nowhere near the person’s cheek. Southern Europeans, especially the Italians and Greeks, sometimes even physically kiss you on your cheeks, though they may have just met you. That kind of kills my Midwest sensibility of personal space, but there is also something endearing about the sentiment.

Three kisses: This is so a Central and Eastern European thing. (Though I have been told that the southern French can use the three-kiss approach as a vital tool in distinguishing them from their northern cousins.) I was lucky to have Polish roommates in London, where I first learned of the three kisses (right, left, right). So on trips to Russia and Poland, I was never taken aback when the third kiss was thrown into the mix. More Western European-minded Eastern Europeans often just offer two kisses, and seem generally delighted when you know to go in for a third.

Three kisses on the right cheek: This is a new one for me, which I just learned in Serbia a few months ago. My new husband is from central Serbia and when I was meeting his family and neighbors, I got the three kisses—smack, smack, smack—all on the right cheek and in very quick succession. It seems to save time and shows a higher level of affection. Only use if you know them fairly well or are about to marry into the family.

The hug: In my 17 years as an expat, I have noticed several things that are becoming more Americanized in Europe—from Halloween being more widely celebrated to Black Friday (the traditional day after Thanksgiving sales mayhem) in the end of November. So now, every once in a while, when some people hear a North American accent, they go in for a hug. Mostly it’s perfunctory—a quick shoulder blade to shoulder blade double touch—but sometimes it’s a bear hug, an embrace I recently got in Warsaw. Ah, now that’s something I understand. 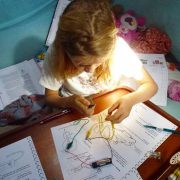