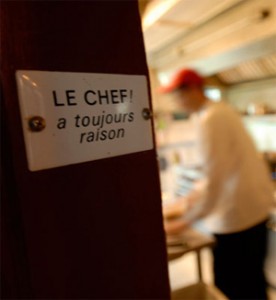 LONDON—It’s the time of year that I love most, when spring has graciously stepped aside for summer. It probably dates back to my childhood; when school was out, not only did it mean no more teachers and no more books, but also a long period of time away from the perceived drudgery of daily life and a respite on the waters of Crystal Lake, near Frankfort. Michigan. My family has had a home there for four generations—now five, with my young nephew  experiencing the joys of chasing chipmunks, being awed by sunsets over Lake Michigan and licking Superman ice cream, a tasteless swirl of blue, yellow and pink.

I didn’t realize until I was older and had long since given up chasing chipmunks, that Superman ice cream was a Michigan thing. As was whitefish, lake perch and walleye. The Northern Michigan of my childhood was not a culinary hotspot for foodies, it was simple, fresh, farm-to-table food that we took for granted every summer. But the region has now become known as a place for delicious produce, freshwater recipes and gourmet restaurants. It started—in large part—with an article written a decade ago in the New York Times, which highlighted, among other eateries, the now-defunct Tapawingo restaurant in Ellsworth. Then celeb chef Mario Batali, a summer resident of Northport, began jabbering away about the regions amazing cuisine and the wines of Leelanau county started accumulating national awards for excellence. And so followed articles in the Huffington Post, Midwest Living and host of other publications deliberating on which were the best places  to eat and why it was now –firmly—the foodie capital of Michigan and one of the top dining spots in the Great Lakes.

My problem with all these accolades is that they tend to focus on the obvious places—take for example Stella’s located in Traverse City (located in what was once the state’s mental institution), which is okay Italian, but it does not hold a candle to what you can find in Chicago, New York or even Detroit. And yes, while Mr. Batali loves to bang on about the whitefish at The Cove in Leland, he has never (presumably) dined on the flaky and mouth watering broiled whitefish (ask for it with paprika instead of the lemon seasoning) at The Manitou , just outside Frankfort. It’s been a favorite dining spot for summer and local residents for decades and though the menu has not changed much over the years, no one seems to care because every summer they make the pilgrimage back. The Manitou also do amazing skinny-dippers (essentially the peeled skin from potatoes that is then grilled and drizzled with garlic butter and salt) and their mixed berry pie— reputedly world famous—which has a light crust and just a slight tang of tartness, meaning the berries are fresh.

On a recent trip to Paris, my family and I decided to try a Michelin-starred restaurant one evening for dinner. While it did have the pomp and circumstance that one would expect from a world rated eatery, the food lacked panache and we all agreed that while our starters were amazing, the rest of the meal was flat. I stated that the last great meal that I had eaten was at Mission Table, on Old Mission Point. My brother and mom both agreed that had been the last truly –from start to finish—exceptional meal out they had had as well. Mission Table opened up a few years ago in the woods and overlooks Grand Traverse Bay. The interiors are simple—wood with large tables—yet most diners choose to munch on their meals outside on the terrace. Last summer, I had the amazing salted beet salad with pickled relish and baby carrots. There was a je ne sais quoi aspect to my starter—it wasn’t fancy, caked in sauces or spice, it was just simple, fresh and immaculately presented. For my main, I had the walleye, which can sometimes be a tricky fish to prepare. But it had been seared perfectly, served with ramp butter and spinach, highlighting its delicate flavor. Mario Batali last summer wrote a food diary for Bon Appetit and I Tweeted him, asking had he been to Mission Table, because that was surely lacking from his list. I got no answer.

Another favorite is La Becasse in Burdickville. Across the street from the shores of Glen Lake (which generational rumor had it that it was named one of the top 10 prettiest lakes in the world by National Geographic during the 1930s but is actually just an urban legend), the cottage-style restaurant has been around for over 20 years. When Carolyn “Peachy” Rentenbach, the previous owner, decided to retire, she sold it to French chef Guillaume Hazaël-Massieux, who had trained at École des Arts Culinaires et de l’hotellerie in Lyon, France (now known as L’Institut Paul Bocuse). Though Ms. Rentenbach had done a wonderful job of things like the profiteroles and escargot, Mr. Hazaël-Massieux has taken it to another level. Though the specials are still written on chalkboards and the thick red velvet curtain continues to greet guests as they enter front door (which seems more Provence than Northern Michigan), the preparation of the food seems now more thought-out and gourmet. They make a determined effort to source from local producers—everything from the Bunny Hop Ranch for their rabbits and Cherry Republic for the sparking cherry juice—and last year, the restaurant won Wine Spectator’s Award of Excellence for their selection.

Last summer, I did think La Becasse was not up to its usual standards, but my mom and I chalked that up to the fact that Mr. Hazaël-Massieux was in the midst of opening a second French-inspired eatery, Café FouFou, in Traverse City and maybe the focus had  temporarily shifted. I look forward to seeing if it’s back up to par this summer. Blu, in nearby Glen Arbor, is also an amazing place for anyone who really treasures exceptional entrees and desserts. There has long been a restaurant on this locale—right at the end of a road that literally dead ends into Lake Michigan—but for some reason, previous restaurateurs must have thought the sunsets could detract guests away from the average to awful fare. But when the new owners took over the premises a few years back, things improved to a gourmet standard. Their blue crab puffs with Creole meuniere is melt-in-you-mouth perfection while the beef tenderloin with goose rillettes and roasted garlic is divine. An added bonus: each night, a local jewellery designer, Becky Thatcher, and her sister take their horses into the lake to cool them off after their ride. It’s surreal and almost epic to watch them walk their beasts into Lake Michigan as you sip rose and spoon up your turtle sundae.

Frankfort and Elberta have not had much change on the restaurant scene over the last decade and we really missed having a tavern or pub-style eatery since the Mayfair Tavern closed down a few years ago. But, luckily,  thanks to the Condon sisters (life long summer residents on Crystal Lake and now living locally), we again have a local; Katie and Jen rolled up their sleeves and got to work, opening the Mayfair up late last autumn. Jokingly referred to as “Elberta’s Country Club”, the tavern offers everything from burgers and pasta to steamed shrimp. I really do hope they also copied down the recipe for wet burritos from the previous owners–I shall find out next weekend.

Cru Cellars, in downtown Frankfort, is another new restaurant owned by long-time summer resident, Torrey Bingham, and his wife, who is a trained sommelier. This is the couple’s second venture; they also own Cru Cellars in Tampa, Florida.  The wine bar just opened but, from what I hear, it’s a really relaxed place to hang out and try wines from around the world. I am looking forward to dining at some of my tried and tested favorite eateries this summer, as well as trying some new ones. And, so, Mr. Batali, I invite you to expand your northern Michigan culinary horizons.